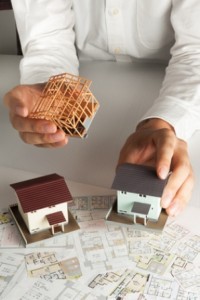 The People’s Budget of 1909 was serious about creating a more equal society, and it led to trouble. Any party wanting to do the same in 2015 should expect no less.

To be serious now requires an understanding of what has caused recent increases in inequality. Thanks to the recent work of Thomas Piketty, this is now widely attributed to the returns to capital – i.e. to the rich, already with assets – being greater over the long run than the rate of growth of the economy. But more recent work, looking at the sources of these excess returns to capital, suggests that it can all be accounted for by excess returns to property.

The Economist headlined this research “NIMBYs in the twenty-first century”, which is a slight exaggeration because, with urban agglomeration, the supply of property would need to be perfectly elastic for no such excess return. In either case, it means calls for a general increase in taxes on the rich are less justified than the case for targeted taxation of returns to property.

Undeserved wealth and property – then and now

In 1909, however, the politics was relatively simple: inherited wealth was concentrated in relatively few hands, often those of members of the House of Lords, and was widely felt to be undeserved. Meanwhile the growing Labour movement posed a realistic threat that, without giving way, their Lordships would be swept away by a more violent revolution.

Today the politics are harder. In numerical terms, the undeserving beneficiaries of the supernormal returns to property include most of those who have owned property in recent decades. It is a large group, who have votes and they know how to use them, and there is no equivalent to the early Labour movement either. Today’s would-be radical groups frame the issue as if it were still 1909, targeting the “1%”, and their direct actions, however sympathetic, generally get in the way of more housing overall, whether public or private sector, so helping keep up property prices. The reintroduction of rent controls, for which there is growing pressure, might hit the returns for professional property investors, but they did not stop the long-run excess returns when last tried.

A People’s Plan for Housing

Instead we need a new People’s Plan for Housing, which would need to address the supply of new housing as well as taxation – so not just a new People’s Budget. Property may be undertaxed, but if so, it should have led to more investment, and increased supply. Tax breaks may have helped expand supply a bit, but not enough. If that is because developers have hoarded land, that too needs to be addressed. There is, however, a bonus to be won from such a plan: the elimination of the £12 billion a year spent on housing benefit. Whatever the other problems, money will not be one of them.

The hard part of any plan will be to roll back those features of planning control which unreasonably hold back increased supply, and building the necessary political constituency. The background support is growing, as people of all ages realise that young people should not have wait years to afford their own home, or move far away to find space to have children, while the cost of housing benefit is a flashing red light to anyone thinking about policy. Pollsters also report housing as a salient issue, but still, in the two main party leaders’ interviews to launch this year’s general election, the only mention of housing was David Cameron’s regret at not introducing help-to-buy sooner. (There’s another saving which a coherent People’s Plan for Housing could win!)

How could it happen?

Let’s have a quick look into the crystal ball, to see what might make this happen.

But don’t expect this to happen without political trouble!