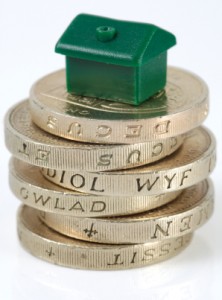 Britain’s dysfunctional housing market is creating an increasingly sharp divide between the housing “flyers” and the housing “triers”, according to a new report from housing and homelessness charity Shelter.

The report, entitled The Flyers and Triers, argues that there is overwhelming evidence that most people in Britain still want to own their own home. The problem is that the population is rapidly becoming divided between two groups. There are the housing “flyers”, who are able to access the housing ladder much earlier in their adult lives, largely because they receive generous familial support (both in the form of direct financial contributions towards saving for a home, and support-in-kind such as being allowed to live at home rent-free for longer), and then there are the housing “triers”, who do not have the same advantages and consequently need to delay accessing the housing ladder for much longer, and may even have to give up on it altogether.

The report found that many “triers” struggle because their families are not in a position to offer them much support with getting on the housing ladder, which often means they have to spend much longer living in the private rented sector, where the high cost of renting makes it much harder to build up a pot of savings for paying a deposit.

To a significant extent, this is caused by the fact that mortgage-holders generally have lower monthly housing costs than private renters, especially in the present era of ultra-low mortgage interest rates. “Flyers” also enjoy other advantages, such as being able to generate income by renting out spare rooms in their home, and unlocking equity later on in life through borrowing against their properties or downsizing.

The fact that “triers” typically have to wait much longer to get on the housing ladder is reflected in the fact that the average family in this group doesn’t expect to have paid off their mortgage until at least the age of 62, whereas the typical “flyer” household can look forward to having theirs paid off by the age of 50. This has a significant impact upon other financial decisions, such as how much they can afford to put aside for their retirement.

The research also used interviews with a panel of typical households in both groups to assess the impacts that their relationship with the housing market had on the rest of their lives. It was notable that those who could access the housing market earlier on in life reported a range of other benefits besides ones that were directly financial; for example, couples who bought a home together reported that the experience strengthened their relationship by reinforcing their commitment to each other, and some said it was easier to shape a career path if they had a stable base to operate from, without the pressure of having to move frequently while renting.

Most importantly, the two groups’ different housing situations also had a strong influence on when they could have children. “Flyers” reported that once they had a stable housing situation sorted out they were free to start having children and build a family life together, whereas “triers” often faced an agonising dilemma: risk waiting until they got on the housing ladder to have children, and possibly end up missing the boat entirely, or have children while dealing with the uncertainty of renting when they know this will make it even more difficult for them to save any money.

This report is an important piece of research which places the full impacts of our national housing crisis in sharp relief. It shows that not only will the starkly different options which are available to those from wealthier backgrounds (compared to those from poorer ones) increasingly perpetuate social inequality, it also highlights the extent to which stable housing is an emotional and psychological asset rather than simply a financial one. For too many people in modern Britain, true emotional, personal and financial security is being placed further and further out of reach.