Amid the tide of positive economic stories that have come out in connection with the 2015 Budget, David Kingman reminds readers that youth unemployment still remains largely untouched by this trend 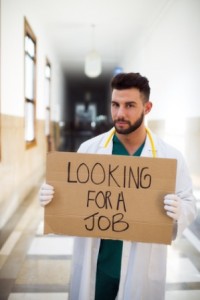 In the peroration to his rousing 2015 Budget speech, Chancellor George Osborne labelled Britain the “Comeback Country” in reference to how successfully it has shaken off the after-effects of the post-2008 recession. Among the other indicators of Britain’s economic success, one stands out in particular: recent data confirmed that employment is now at its highest level since modern records began in 1971, and numerically more people than ever before are now in work. However, this recovery in jobs is not being felt by everyone, especially the young.

In the same news release in which it announced that employment was at an all-time high, the Office for National Statistics (ONS) also published a finding which looked much more troubling: unemployment among 16–24 year olds is still stuck at 16.2%, and the number who are out of work fell by just 12,000 in the final quarter of 2014. This means that Britain’s rate of youth unemployment is almost three times as high as the overall jobless rate, which is 5.7%, and it appears to be falling far more slowly.

These statistics arguably don’t even tell the whole story. In its most recent report on the phenomenon of “zero-hours contracts” – under which an employee has no guarantee of how much they will be able to work or get paid each week – the ONS found that over a third (34%) of people employed under such contracts belonged to the 16–24 age group. Taken together, these findings strongly suggest that the picture facing young people looks even bleaker if you include all of those who are subject to tenuous employment practices or whose talents are being underutilised, in addition to the millions who can’t find any work at all. To a large extent, young people increasingly look like the second-class citizens of Britain’s labour market.

Particularly in the countries that have been hit hard by the euro crisis, the situation facing the young is truly dire. Spain is in first place in this depressing league table, with 53.3% youth unemployment, closely followed by Greece, Croatia and Italy, all of which have rates exceeding 40%. The average across the EU is for nearly a quarter (21.9%) of young people to be unemployed, so, compared with nearby countries which are looking at entire generations that are being scarred by the pain of long-term youth unemployment, the UK almost seems to be doing well.

Yet the situation here is still bad enough to demand attention. The Chancellor mentioned only one single policy in the budget which is likely to have some impact on youth unemployment: his decision to abolish employer National Insurance contributions for employees who are under 21 – and even this was simply reaffirming a measure he originally introduced in his 2013 Autumn Statement because it comes into effect from this April. Increases in the personal allowance and cutting tax on savings interest both could help young people to some extent, but they depend on the young person being able to find relatively well-paid work and having the opportunity to build up some savings before they do so.

Unfortunately, low electoral turnout among the disenfranchised youth in Britain means that the ranks of unemployed young people are unlikely to make their voices heard at the ballot box in May, but politicians should still start paying more attention to them if we want to prevent high youth unemployment becoming an entrenched feature of our society.