IF supporter Tim Lund asks why the mainstream political parties are failing to engage the youth vote, and suggests some strategies to address this 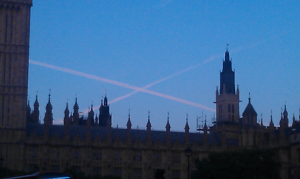 Paul Sinclair, a former adviser to Gordon Brown and Johann Lamont (the previous leader of the Scottish Labour Party), recently said “one of the cleverest things Alex Salmond did, 30 years ago, was to say he wanted anyone with political talent under the age of 35 in the SNP [Scottish National Party], and he tried very hard to recruit them” (BBC Today Programme, Saturday 7 March 2015).

In doing so, he has exposed Westminster’s narrow short-termism, where thinking about the outside world is conditioned by the imperatives of first-past-the-post elections in a small number of swing constituencies. But mainstream parties still feel they have to go after the grey vote, even as their grass roots wither away. Why do they not behave as banks do (used to do?) and focus their marketing on the young, knowing that once voting/banking habits are formed, you probably have someone for life? To put it crudely, older people may be more likely to vote this time, but in the long run there are fewer votes left in them.

A possible answer, of course, is that established political parties – like banks? – have lost their brand value, so young people’s votes can no longer be captured for the long run. Maybe, but why? What uncanny power does the SNP have that they lack? (And is there perhaps an indication of this in the uncanny photo of the Palace of Westminster skyline above?)

Given the numbers of young people joining it, they might also ask the same about the Green Party.

To answer this, we have to understand that politics is not just about self-interest, and any movement that wants to attract young people has to have a purpose with which they want to associate. It could be idealism or ideology, or it could be emptied of political content, and called a brand. Here the SNP has a big advantage, having a natural political entity – Scotland – of the right size to attract a sense of identity, hence political engagement. The Greens also benefit from an ideal – saving the world – which in the eyes of many, especially the young, they own.

In contrast, in our post-imperial world – by which I include seeing British identity as part of global US-led alliances – the UK no longer works as a focus of identity. Nor does England to anything like the degree that Scotland does. Rather, I believe, it is the large metropolitan regions with which young people will identify, so for example we speak of moving to or working in London – maybe Manchester, or the Bristol area.

Mainstream parties might wish that people thought in terms of the boroughs, wards or parliamentary constituencies within these larger areas, but they don’t. Yet their political experience is focused on getting out their known voters, proud of whatever grip they have on their local politics. Being asked, as if some rite of passage, to deliver leaflets is a real turn off, because young people know instinctively that social media are the natural way to campaign today, even if the older methods retain some value.

What’s to be done?