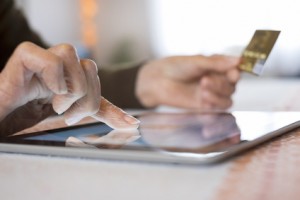 The highly respected economic think tank the Institute for Fiscal Studies (IFS) drew headlines on 4 March when they announced that average household incomes had finally recovered to pre-crisis levels. However, behind the headlines lies an interesting story about the extreme gap between younger and older households.

The big story revealed by the IFS in their report was that real median household incomes have finally recovered to match their level before the beginning of the economic crisis in 2007–08. However, they are still below their peak during 2009–10, and the recovery has been much slower than it was after the two most recent periods of recession, largely owing to weak earnings growth and cuts in benefits for working-age households.

Although incomes appear to have finally recovered, the IFS report emphasises that household consumption is still below pre-crisis levels: average spending on non-durables per person was 3.8% lower in the fourth quarter of 2014 than it was in the first quarter of 2008. At the same stage following the two most recent recessions it was higher by 14.4% and 6.4% respectively, which shows just how hard living standards for many households have been hit.

The IFS also found that falls in income have been highest for higher-income households because falls in income have been more significant than changes to social security benefits. However, in many ways the most interesting distributional impact they discovered was that older households have done significantly better than those of working-age, to the extent that they have largely driven the recovery.

The IFS showed that the incomes of households aged 22–30 have done incredibly badly throughout the recession: accounting for age-group specific inflation, they are still 7.6% lower than they were before the recession. Even middle-aged working-age households, those aged 31–59, are still 2.5% lower. The only age group which has seen their incomes go up are those who are over 60, for whom they have risen 1.8% during the same period. To a large extent, it is only older households which have seen their incomes recover since the recession.

“After large falls, and a historically slow recovery, average household income is now back to around its pre-crisis level. However, the young have done much worse than the old, those on higher incomes somewhat worse than those on lower incomes, and those with children better than those without.”

Are zero-hours contracts part of the problem?

Partly, the differences between younger and older households can be explained by the political decisions over welfare reform, which have seen virtually all benefits for older households protected while those for people of working age have been slashed (a theme which previous LSE research has emphasised).

Another problem for younger households is that they are confronted by a highly unstable labour market, in which tenuous forms of employment may be steadily becoming the norm, especially for those at the lower end of the earnings scale. In the same week that the IFS report came out, the Office for National Statistics (ONS) also released the findings of its latest investigation into so-called “zero-hours” contracts (under which employees are only paid for however many hours of work their boss is willing to offer them each week), a type of employment practice which, for many commentators, has come to encapsulate the unstable nature of work in the modern British economy.

The ONS study produced the highest official estimate yet for the total number of people who are employed under zero-hours contracts: 697,000, or 1.9% of all people in employment. This figure is 19% higher than the previous official estimate that was produced by the ONS a year earlier, but it is unclear how much of the increase is due to the ONS getting better at counting them.

The ONS also found that there is a striking divide by age in the chances of being employed using a zero-hours contract. They are disproportionately common among young workers, with over a third of the total (34%) being aged 16–24.

Although zero-hours contracts are just one form of insecure employment tenure – and Ian Brinkley of the Work Foundation argues that we still really don’t know enough about them to draw many firm conclusions – they seem emblematic of the ways in which so many young workers are struggling to find decent, secure work which is fairly rewarded. Until they do, we can expect the intergenerational divide in household incomes to keep growing.