David Kingman reports on the decision by Chancellor of the Exchequer George Osborne to extend the government-subsidised pensioner savings bond scheme, and the intergenerational implications 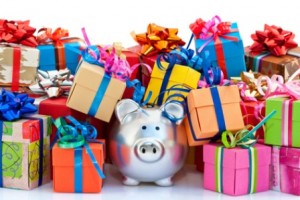 The scheme of taxpayer-subsidised savings bonds created by the Coalition government is to be extended until May, Chancellor George Osborne recently announced. The bonds, which offer a higher rate of interest to savers than any product which is commercially available on the market, have proved enormously popular with older savers, but are they just a political ploy?

George Osborne originally announced the bonds during his budget speech in March last year. Provided under the auspices of National Savings and Investments, they originally allowed people who were over 65 to invest a maximum of £20,000 in two new savings products: a one-year bond paying an annual interest rate of 2.8% before tax, and a three-year bond paying a rate of 4% before tax.

The key feature of these bonds is that the rates they offer are significantly higher than the best available comparable products that savers can find on the open market, which offer around 1.85% and 2.5% respectively. Osborne justified his policy by claiming that the bonds were a way of compensating older savers for the poor returns they have seen on their money during the years of ultra-low interest rates since the 2008 financial crisis.

Tax is deducted from the bonds, although non-taxpayers – a category which includes many pensioners – can reclaim it from Her Majesty’s Revenue and Customs. The bonds have proved wildly popular since they originally became available, with Osborne branding them “the most successful saving product this country had ever seen”: more than £1 billion was invested during the first two days, and over 600,000 people have now signed up. The Nationwide Building Society has even complained that they are draining money away from ordinary savings accounts held by the over-65s.

The Chancellor’s latest action is to extend the period in which the bonds will be available for a further three months – conveniently, it will now cover the entire period of the general election campaign – and to raise the total amount of bonds which is available from the original limit of £10 billion to a new cap of £15 billion.

“We will guarantee that it remains on sale for a further three months because this government backs savers and supports people who do the right thing,” the Chancellor said to the BBC.

What about intergenerational fairness?

The announcement that the bonds would be available for longer has drawn criticism from a range of commentators arguing that, although older savers have undoubtedly suffered under low interest rates, there are few good reasons why younger taxpayers should be expected to subsidise higher returns for them through the tax system, especially when it will largely be wealthier members of the older generation who benefit.

Many have spotted a distinct note of cynicism in the Chancellor’s actions. As the BBC’s business correspondent, Joe Lynam, observed following the announcement:

“The original ceiling of £10bn has been scrapped simply because the chancellor and his Lib Dem deputy Danny Alexander didn’t want to risk the ire of such a key voting demographic who might have missed out on such a lucrative opportunity…Critics will say that ordinary working-age taxpayers will be subsidising an often wealthy group of pensioners whose homes have multiplied in value and whose company pensions are far more generous than will be the case when Generation X or Y retires.”

The free-market think tank the Institute for Economic Affairs (IEA) went further, criticising the policy as “naked political opportunism”. They point out that the government can borrow money on the open market for as little as 0.6%, so issuing pensioner bonds which pay a guaranteed return of 4% makes no economic sense, and would have cost the Treasury around £300 million just for the first issue of the bonds.

The IEA also points out that even Osborne’s own rationale for the policy is flawed: pensioners may have struggled with low returns on savings, but the quantitative easing undertaken by the Bank of England has also significantly boosted the value of assets, including housing, so the general impact of Coalition policy has made many of them better off overall (to say nothing of the “triple lock” on pensions, or the exclusion of pensioner benefits from most of the welfare reforms). Furthermore, the point of engineering a situation in which the return on savings is poor is to encourage people to invest in riskier assets such as shares, boosting the economy – so providing a totally risk-free savings scheme undermines this incentive.

Last but not least, savers of all ages have been hit by low interest rates, but pensioners have been singled out to receive special treatment in a way which would almost certainly have been totally unacceptable if a high street bank had tried to do it. Pensioner bonds appear to be a cynical form of political giveaway for which there is no sound economic or social justification.