David Kingman reports on the tighter restrictions to loan-to-income multiples which most lenders are now operating, and explains how this puts another barrier to homeownership in the path of first-time buyers 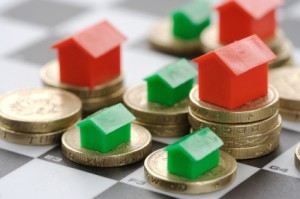 Britain’s legions of prospective first-time buyers found their hopes of getting on the property ladder taking another blow recently with the announcement that several of the UK’s major banks and building societies are set to tighten their lending requirements, making it harder for them to get large mortgages.

What the lenders have done is limit the ratio of a customer’s earnings on which they are willing to lend from five times to four-and-a-half times for all new first-time buyer mortgages. To take an example, this means that someone earning £40,000 (or a couple with a combined salary of this amount) would previously have been allowed to borrow £200,000, but from now on this will be capped at £180,000.

The shift in lending policy results from a new directive that was announced by the Bank of England last year. In order to reduce the risk of lenders overreaching themselves, the Bank was granted new powers that enable them to restrict the proportion of a lender’s total new lending which constitutes more than four-and-a-half times the borrower’s income to 15% of their total loan book (banks are now also required to stress-test whether a new borrower could still afford their loan if interest rates rise by up to 3%).

Many commentators assumed that their impact would be fairly small when these powers were first announced, as just 9% of all new mortgage lending was above the four-and-a-half times income threshold (although it was nearly 1 in 5 mortgages in London). However, rising house prices seem to have instilled a mood of caution among the UK’s major lenders which led to them tightening their lending criteria more than most analysts predicted they would.

So far, Santander and Barclays have announced that they will restrict all new first-time buyer lending to four-and-a-half times salary, but Ray Boulger, an analyst with John Charcol, told the Telegraph he expects this is just the beginning:

“The problem is that it leads to a domino effect. Once one or two [banks] cut back on lending at 4.5 times income or above, the pool of lenders in that space gets smaller. Those remaining attract a larger proportion of customers, and then they’re forced to cut back as they too approach the limit.”

Missing out on the best rates?

What makes this policy shift by the lenders especially inconvenient for first-time buyers is that mortgage rates are currently extremely low, owing to historically low interest rates and a price war between different providers, so for those young buyers who are fortunate enough to actually get on the ladder, there has arguably never been a better time to have a mortgage. Two-year fixed rates of as little as 1.19% are currently available to those who can afford to raise a 35% deposit, while five-year fixed rates can be had at rates as low as 2.19%.

However, with average house prices going up and up – they reached £271,000 in the UK last year, and a staggering £501,000 in London – simply raising a deposit is often an enormous challenge. The new mortgage rules will worsen this situation by making it even more difficult for borrowers to take out mortgages with low deposits, as the remainder of the equity will be a larger multiple of their salary.

These new rules also conflict with another set of regulations placed on mortgage lenders, known as the Financial Conduct Authority’s Mortgage Market Review, which encouraged lenders to use broader affordability measures – such as detailed questionnaires about a borrower’s income and spending – rather than simply looking at how big a multiple of their salary they were trying to borrow. A first-time buyer who has a relatively low salary but lives frugally would have looked a more attractive customer under the Mortgage Market Review criteria, but now the Bank of England’s new directive is likely to make things harder for them again.

It all adds up to another barrier which is getting in the way of would-be first-time buyers, and will further entrench the advantages enjoyed by those who are fortunate enough to get help from their parents, as Andrew Montlake, of brokerage firm Coreco, has argued:

“The changes will hit buyers in London the most, and particularly first-time buyers. It’s a tough market – buyers need a decent deposit, with help from parents where possible, and a very high income to even stand a chance of buying a home. These changes will make it harder.”