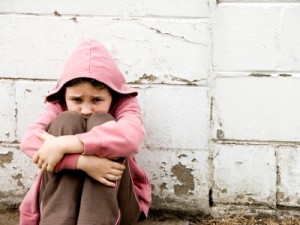 Services directed at young people have suffered some of the biggest cutbacks from the Coalition Government’s austerity policies, while financial transfers to retired households have largely been protected, according to a recent analysis of the Coalition’s record produced by CASE, the Centre for the Analysis of Social Exclusion, a research team based at the London School of Economics (LSE).

Now that the Coalition Government has less than 100 days to go of its five year term in office, it is possible to take a broad view of all the policies it has implemented and to try and assess some of their impacts. This is the aim of CASE’s report, The Coalition’s Social Policy Record, 2010–15, although the authors caution that, as the full impacts of social and economic policy often can’t be seen until a long time after they are implemented, we won’t know the Coalition’s true legacy for many years yet.

The authors begin by revisiting the situation in 2010 to look at the position the Coalition inherited from the previous government. When the Coalition first came to office, public sector net debt stood at £956.4 billion (62% of GDP) and the annual budget deficit was £103.9 billion (6.9% of GDP), both much higher than the long-term average. As we all know, the Coalition responded to these challenges by announcing a programme of sweeping austerity measures, declaring that improving Britain’s public finances was the central focus of their policies. Strikingly, they decided that spending cuts would achieve over three-quarters (77%) of their deficit reduction targets, while just 23% would be achieved through tax increases. These cuts have been the Coalition’s biggest source of ongoing controversy ever since.

The Coalition also decided to “protect” the NHS and schools from cutbacks (both were given a real-terms increase in annual funding, although per capita spending still fell for both because of rising levels of demand); this meant that deeper cuts were required elsewhere. The single biggest loser was funding for local government, which fell by 33% – a trend which has had big impacts for both children and older people, as the next section will explain.

The analysis in the CASE report highlights two groups who have lost out disproportionately from the austerity measures: young children and older people who need social care.

Between 2009/10 and 2012/13, the number of under-5s in the population increased by 5%, yet overall funding for spending on under-5s fell by 21%. A particular casualty was the government’s Sure Start programme, which is designed to provide free pre-school care to children from poor backgrounds, funding for which fell by 32%, resulting in the loss of over 600 Sure Start centres across the country.

Older people with care needs also suffered: CASE’s data shows that the number of people receiving care from local authorities has fallen by 25% throughout this parliament, despite the growing numbers of elderly, with state-funded care being increasingly restricted towards those who have the greatest needs.

However, the report also emphasises that older people have been among the biggest beneficiaries of some of the Coalition’s other policies. The state pension has been made more generous through the creation of the “triple lock” guarantee, while all other universal benefits for pensioners – including free travel, TV licences and winter fuel payments – have been protected at a time when access to most working-age benefits has been restricted. It also points out that the decision to protect the NHS from austerity has disproportionately benefited older people, as they are the greatest users of the service.

Overall, the share of national income being spent on pensioner benefits remained the same in 2014/15 as it had been in 2009/10, while spending on working-age benefits not related to having children fell by 10%, and spending related to children declined by nearly 18%. The authors argue that “concerns about future social mobility might be raised as young children in low-income families were affected by cuts to spending on services, as well as by reductions in benefits for the under-fives” (although the Pupil Premium, a new measure which channels additional funding towards schools with disadvantaged pupils, may offset this somewhat).

The worst is yet to come?

The CASE report ends on a worrying note. The authors argue that it is too early to tell what impact most of the Coalition’s spending changes have had on key indicators of socio-economic progress, although important issues such as income inequality and the affordability of housing appear to be getting worse.

Even in narrow economic terms, the benefits of the Coalition’s policies are hard to detect. Remarkably, the CASE researchers found that the impacts of welfare cuts were balanced out by tax breaks which have also been brought in under the Coalition (such as the higher personal allowance), so these contributed nothing towards deficit reduction. Although the deficit has fallen by 41% under the Coalition, it is still 3.5% of GDP, while the overall national debt has actually risen to 80% of national income. As the report argues, “the protection of health, schools and pensions from major spending cuts meant that even with reductions of around a third in some other services, the scope for budget savings was limited.”

The Coalition’s current plans – should they still be in office after the general election in May – are to address this by slashing public expenditure even further, so that it would amount to just 38.2% of GDP by 2018/19, its smallest share of national income since 1948. Given that Prime Minister David Cameron has recently reiterated his intention to continue protecting pensioner benefits during the next parliament, it seems highly likely that the rest of the population will end up shouldering an ever-increasing share of the pain.