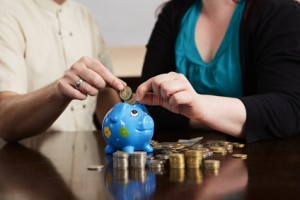 “Collective Defined Contributions” (CDC) pension schemes are a new feature on the UK pension landscape, due to be introduced as part of the Pension Schemes Bill 2014–15. Unlike a traditional defined contribution (DC) pension, in which individuals pay contributions into an investment fund which is supposed to supply them with an income after they retire (often by buying an annuity), with a CDC pension the contributions are pooled in a joint fund which is paid into by large numbers of members.

When someone wants to retire they are paid an income out of the fund, which can be adjusted up or down depending on how well the fund is performing (unlike with an annuity, where the person’s income is fixed for the rest of their life). People who belong to CDC schemes are given a projection of the income they can expect to receive beforehand based on a given level of contributions, along with the statistical probability to that the income will be realised, to help them plan for the future.

The Trades Union Congress (TUC) held a one-day conference – snappily entitled The ABC of CDC – on 21 January to debate some of the issues that have arisen, and whether the CDC model is likely to succeed in the UK.

The keynote speaker at the TUC conference was Steve Webb, the Coalition’s Minister of State for Pensions, who is enthusiastic about the potential of CDC to improve the state of pension-saving in the UK. He argued that the CDC model provides a valuable halfway house between the burden of risk which defined benefit (final salary) pensions place on employers and the extremely high level of individual risk which DC places on individuals.

He believes that the evidence shows CDC should improve the attractiveness of pension-saving because – in addition to enabling risk-sharing between a wider group of people – it reduces volatility in the performance of the investment fund by allowing schemes to invest over a longer time horizon, while also reducing the costs of scheme administration through economies of scale and potentially enabling schemes to invest in riskier assets because contributions from incoming members can still provide growth even if the fund underperforms.

However, the conference also heard from a panel of experts who gave an overview of how CDC schemes have fared when they have been introduced in other countries, all of whom were far more cautious about the potential benefits. Different variations of CDC schemes currently operate in Denmark, the Netherlands and parts of Canada. A theme which emerged from this session was that they have succeeded in these countries largely because they all make pension-saving compulsory to a large extent, while a strong negotiating stance between employers’ groups and trade unions was important in getting big, industry-wide CDC schemes off the ground; yet neither of these factors will be present when they are introduced in the UK.

Perhaps the most interesting observations were provided by Morten Nilsson, the chief executive of UK pension-provider Now: Pensions and an expert on pension-saving in his native Denmark. He argued that introducing CDC schemes won’t deal with the biggest problem in the UK: low savings. He said that the average private pension pot in the UK is currently worth £25,000, which wouldn’t be enough to generate a decent pension under any [YES??] type of scheme; the average person in Denmark currently saves the equivalent of 13–20% of annual earnings in a pension, but the UK average is a long way below this.

What about intergenerational fairness?

It was also noted by the panel of international experts that the CDC schemes in other countries have been criticised when they have had to cut benefits for existing retirees because the schemes underperformed.

This leads on to a problematic feature of CDC schemes which practically every single speaker at the conference mentioned at least once. This is that they do not solve the problem of balancing risk between different generations fairly: if the investments underperform, younger members of the scheme can be asked to pay higher contributions in order to protect benefits for existing retirees; or if too many younger members leave the scheme, retiree benefits might have to be cut; or the scheme could even enter a death-spiral.

On paper, it looks like it could be very difficult to operate a CDC scheme in a way which is fair to older and younger generations at the same time, especially when people are free to take their money and leave the pension scheme if they want to, as they presumably would be in the UK.

Ultimately, many pension experts remain sceptical about whether the proposed benefits of CDC schemes outweigh their significant drawbacks. The only certainty about them appears to be that they will soon be part of UK pension provision: as the Pension Schemes Bill enjoys cross-party support, it is virtually certain to pass, regardless of what happens during the upcoming general election. However, whether they will ever replace the established DC model remains to be seen.