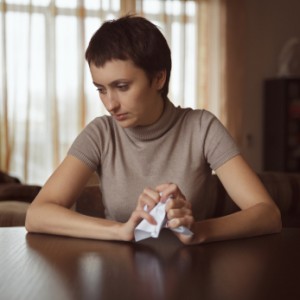 Many young people are at risk of “falling apart” emotionally because of youth unemployment, according to a new report from young peoples’ charity the Prince’s Trust.

This information was released as part of the 2015 edition of the Trust’s annual Macquarie Youth Index, which tracks the concerns of young people over time based on survey interviews with a group of 2,265 people aged 16 to 25.

The report highlighted the damaging mental health problems which confront many members of this age group – issues that unemployment and a lack of success with job applications tend to exacerbate.

Almost half of the group surveyed admitted that they avoid meeting new people because of low self-esteem, while 40% said they struggle to maintain eye contact during conversation with people they are unfamiliar with.

In total, a fifth of the respondents said that they regularly “fall apart” emotionally, and this rose to 1 in 3 among the members of the sample group who were long-term unemployed. This makes young people more likely to develop problems with drugs, alcohol, homelessness and taking good care of their health.

Fortunately, the high level of youth unemployment which was seen in the UK after the credit crunch does at last seem to be starting to reduce – it fell by over 4% (208,000) between 2013 and 2014 – but at 16.6% it remains significantly greater than the general rate of unemployment affecting people of all ages.

A report from the think tank the Institute for Public Policy Research last year warned that economic recovery would only solve the problem of youth unemployment to a certain extent because of a range of structural barriers which large numbers of young people face when looking for work. They highlighted a number of problems within the school-to-work transition process, such as the mismatch between the type of vocational qualifications that are offered in schools and the skills that employers are actually looking for, and poor careers advice.

Even for those young people who do manage to find work, many have to contend with the challenges of the modern labour market, such as unpaid work experience placements and internships, the growth of insecure employment practices (encapsulated by the rise in “zero-hours” contracts) and low pay. Although getting a job is undoubtedly beneficial for most young people, those who are experiencing mental health difficulties are likely to find it a long struggle which won’t necessarily solve all of their problems.

Much more needs to be done to help provide targeted support to those young people who are enduring mental health problems if we want them to have more success accessing work.

The Prince’s Trust has pledged to make this a priority during 2015, as they are particularly concerned that 45% of the young people they surveyed said they have nothing to look forward to, while 47% “always” or “often” feel down or depressed.

They’ve enlisted the help of Shirley Cramer CBE, CEO of the Royal Society for Public Health, who warned of the damage which unemployment and mental health problems can cause for young people in the long-term:

“Mental health issues like anxiety and depression can have a devastating impact on young people’s lives, affecting their relationships, self-confidence and job prospects. We want to work with the public sector and charities like the Prince’s Trust to help young people get the support they need.”