David Kingman reports on the news that most of the Earth’s known fossil fuel reserves will need to remain in the ground if we want to arrest the progress of climate change, according to a new report 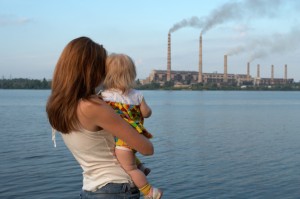 A very large share of the world’s known fossil fuel reserves will have to remain unexploited if the Earth is to avoid breaching the two-degree threshold above which dangerous climate change would occur, according to new scientific modelling which has recently been published in the journal Nature.

According to the research, which was undertaken by a group of scientists at University College London (UCL), holding the increase in global temperatures to below the two-degree threshold requires limits on carbon emissions which will preclude the exploitation of up to 80% of the Earth’s known coal reserves, 50% of its gas and 30% of its oil.

The UCL study estimates how much of the Earth’s known fossil fuel reserves must go unburned up to 2050 in order to keep below the two-degree threshold. Previously, researchers have suggested that if all the known fossil fuel reserves were burnt then it would release three times more carbon than the maximum that can be allowed to keep temperature increases under this level.

The geopolitical importance of fossil fuel reserves means that this study would have significant impacts on a number of important countries. The UCL researchers estimate that the Middle East would have to leave 40% of its oil reserves and 60% of its gas unexploited; most of the coal currently below ground in China, Russia and the USA would have to stay there; very little of the yet-to-be exploited shale gas reserves around the world could be allowed to come on stream, and unconventional sources of oil, such as Canada’s tar sands, would be rendered unviable.

Lead researcher Dr Christopher McGlade, of the UCL Institute for Sustainable Resources, made the following comments to the BBC:

“We’ve now got tangible figures of the quantities and locations of fossil fuels that should remain unused in trying to keep within the 2C temperature limit. Policy makers must realise that their instincts to completely use the fossil fuels within their countries are wholly incompatible with their commitments to the 2C goal.”

This report raises major questions about the economic future of the major fossil fuel-based energy companies. It argues that the $670 billion which was spent in total last year on investigating new fossil fuel resources was essentially wasted, given that energy companies will not be able to exploit so much of what they already know is there.

Carbon Tracker, an NGO, has begun putting pressure on major investors to stop investing in fossil fuels on the grounds that they will be rendered worthless in the future by anti-climate change restrictions. The Rockefeller investment fund and the University of Glasgow’s investment fund have announced they will avoid fossil fuels, while Norway’s vast sovereign wealth fund is putting pressure on firms it invests in to do more about climate change.

So far, the major energy companies are mostly sticking to their guns, suggesting they don’t believe politicians will honour climate change targets. Ironically, the falling oil price is a boost to fossil fuel consumers which is making cleaner forms of energy less economic just when the world needs to be adopting them more rapidly.

December 2015 will see the major UN summit on climate change taking place in Paris, where the stakes will be raised by a debate on whether fossil fuels can be completely phased out by the year 2050. With fossil fuel reserves [YES??] reckoned to be worth over $4 trillion in total, the debate between scientists, campaigners and energy firms is definitely set to hot up over the year ahead.