The fall in global oil prices has been one of the most significant economic trends over the last 12 months. David Kingman asks whether or not this is a good thing for future generations 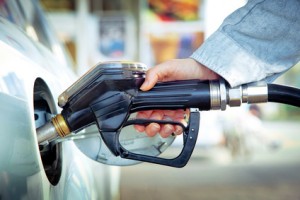 One of the most remarkable economic events of 2014 was the dramatic fall in global oil prices. Between 2010 and mid-2014 there was a long period of relative stability in the oil markets when the price of Brent crude hovered around $110 per barrel. However, since June 2014 the price has tumbled by almost half, and by the end of 2014 it was around $60 per barrel, its lowest level since 2009.

This process, which has been driven by rising output of shale oil in America and slumping demand elsewhere because of slow economic growth, has broadly been good news for oil consumers and bad news for producers. But what about its impact on younger and future generations?

A startling statistic to come out of this transition is that the fall in global oil prices is estimated to have created a net transfer worth somewhere in the region of $1.5 trillion a year from producers to consumers.

For the typical “man (or woman) in the street” this ought to be fantastic news, promising lower prices at the petrol pump and, eventually, for household fuel and other fuel-related costs, such as airline tickets (although lower prices will take a while to filter into these secondary costs, for various reasons).

Today’s young people should benefit from this in several ways. Previous IF research into the cost of living crisis facing young people has shown that they face a punishing combination of lower wages and higher expenditure on housing costs – including household fuel – than any other age group. Lower oil prices should make this easier for them to bear in the long run, putting more money in their pockets.

Even though young adults today are less likely to be drivers than in previous generations, they should still benefit indirectly from lower oil prices through lower inflation, as oil plays an important role in the price indices which are used to measure inflation.

Storm clouds on the horizon?

On the other hand, if low oil prices persist for a long time then that could have negative implications for future generations, for three reasons.

First, the biggest downside of low oil prices is that they encourage greater consumption. Petrol which is burned in cars generates nearly 11kg of carbon dioxide emissions per gallon, so if we all start driving more because of lower oil prices it could have a significant impact on global warming (especially if cheap oil brings regular car use within reach of millions of consumers in emerging markets like India for the first time). This will put future generations at greater risk of suffering environmental catastrophe, and will slow down the process of greening the global economy.

Second, a related problem is that cheaper oil is likely to make green alternatives to fossil fuels less economically viable. Experts have warned that the amount of public subsidy for technologies such as solar and wind energy will probably have to increase over the next few years because of the widening gap between the cost of generating a given unit of energy from them and the equivalent price of doing the same with oil. This is likely to retard the transition towards a low-carbon economy even more.

Third, many commentators have highlighted the geopolitical risks which accompany low oil prices. Many of the world’s biggest energy producers – including Russia, Venezuela and Iran – have repressive political regimes which could trigger dangerous social tensions if public spending falls and living standards begin to deteriorate. This will make the world a more dangerous place, potentially creating instability which future generations will have to grapple with.

Of course, nobody can predict the future – few commentators appear to have seen the recent fall in oil prices coming, for one thing. It’s possible that a renewed burst of growth in China, Japan or the Eurozone could swiftly reverse the recent downward trend, as could a fall in supply in America if low prices make large numbers of shale producers go bankrupt. However, for the moment low oil prices look like they are here to stay, which could be a mixed blessing for younger and future generations.