In the third of our week-long series of articles on intergenerational themes co-published with the independent public policy think tank ResPublica, Abigail Rees (Research Assistant at ResPublica) explains why international inequalities in wealth – as opposed to income – can and should be addressed by the tax system 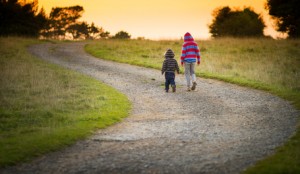 The issues of intergenerational inequality and asset inequality are closely linked in Britain today. Yet despite the fact that inequality more generally is increasingly recognised as a problem, neither of these factors receives the recognition it should in public debate.

Even though wealth and asset inequality is much greater than income inequality, it is the latter that dominates our discussions on the subject. The Wealth and Assets Survey clearly demonstrates this, finding that in 2010-12, those in the top decile of the income distribution received 31% of total income, while those in the top decile in wealth distribution owned 44% of total wealth. It is also in asset inequality that the largest age-related disparities can be observed.

Some of this age-related asset inequality is of course desirable: following lifecycle theory, people are assumed to accumulate assets and wealth over their lifetime as they become more experienced and skilled, earning more and saving more. Equally, it is to be expected that assets should peak shortly before retirement age, given the need for support through retirement without an income. However, beyond these lifecycle effects, there is also a cohort effect at work in the UK today: future generations will not enjoy the same level of wealth when they reach the age of the current baby-boomers. Age-related asset and wealth inequality is currently too severe to be a benefit that all generations will enjoy. Today 43% of 45-64 year olds live in households with total wealth greater than £50,000, while for 25-44 year olds this figure falls to 20%. It is estimated that this 45-64 age group, known as the baby boomers, currently owns £3.5 trillion in liquid assets, housing, physical assets and pensions, over half of the UK’s total national wealth. (It must be noted that this wealth, of course, is not evenly distributed even within this higher-owning group: for example, more than 20%of individuals aged 50 or older in England have no, or negative, housing wealth).

This inequality is not addressed by our current taxation system – the higher rate of capital gains tax, 28%, is significantly lower than the top rate of income tax, and existing wealth and property taxes in the UK together account for less than 3% of total tax revenues. There are also favourable rates of taxation of liquid assets through mechanisms such as ISAs and National Savings Certificates. Given that the baby boomer generation own more of such assets, when these measures are combined with tax breaks such as the married couple’s allowance, which now exists for older people only, the pensioner’s personal tax allowance, and the exemption from National Insurance after retirement age, our current taxation system is regressive in an age-related sense. Indeed, over the last 60 years, while personal wealth has increased dramatically, taxes on this wealth have virtually been halved.

Housing and pension wealth are the two types of wealth for which age-related disparity is most pronounced, and are also likely to be the largest forms of wealth owned by an individual. This is to be welcomed to a degree, since increased asset ownership is partly behind the fall in the number of pensioners in poverty. But current policies serve to exacerbate inequalities. Reforms to pension policy, including most recently on the heritability of savings, have increased this asset to the benefit of the older generation. Home ownership is also taxed very favourably – no capital gains tax is paid on a primary residence, regardless of any rise in value, making housing a unique asset in this sense and arguably encouraging overinvestment and the subsequent price rises we are currently experiencing.

There is also an increasingly sharp divide between those who own property and those who do not. Real house price appreciation as we have seen in recent years can be regarded as a transfer of wealth from future home-owners to present home-owners, which works to the benefit of the majority – as long as the implicit generational contract that the next generation will be better off than the last remains intact.

In our current economic climate, however, this contract no longer holds, and our taxation policy should be altered to reflect this. While inheritance tax changes such as the recent raising of the threshold will allow for some intergenerational transfer of wealth, this will only affect those with wealthy parents. While the needs of a significant minority of asset-rich and income-poor older people must also be considered, a British wealth tax could address the intergenerational inequalities that a focus on income rather than asset taxation has allowed to widen.

Abigail Rees is a Research Assistant at ResPublica. She recently graduated with a first-class degree from the University of Oxford, where she was shortlisted for the national R. H. Gapper Undergraduate Prize in French studies. Her current interests are in constitutional reform, education and skills policy.