David Kingman reports on the recent call from the Association of Colleges for the government to do more about young peoples’ transport costs, a problem which has significant intergenerational overtones 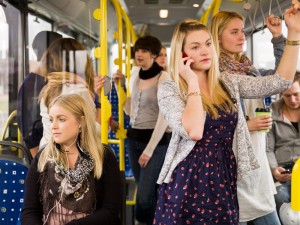 Increasing numbers of young people are struggling to access post-16 education and apprenticeships because of high transport costs, according to the Association of Colleges. They argued in a recent report that government should do more to help young people gain the qualifications they need to succeed in the labour market, which could involve re-opening the debate on how transport subsidies should be divided between young and old.

Young people being “priced out” by high bus fares

During his speech at the Association of Colleges’ annual Conference and Exhibition in Birmingham on 19 November, the body’s president, Richard Atkins, claimed that many young people were finding it harder to go into post-16 education because of high bus fares:

“Student transport is a huge issue. I hear of young people having
to pay as much as £700 for a pass to get to college by their local bus
company. If Government doesn’t act on this, then we will increasingly see young
people priced out of education.”

The Association of Colleges’ 2015 manifesto, launched during the conference, argues that colleges are being forced to spend large amounts of money subsidising transport for their students, resources which could be being spent on teaching and learning instead. They also suggest that growing numbers of students are effectively being forced to study at colleges which are close to where they live, limiting the range of qualifications they can study for, because they are being priced out of travelling further afield.

The Association of Colleges accused the government of being negligent towards college students in two respects. Firstly, cuts to local authority funding are resulting in budgets for local bus transport being severely reduced in many areas – the Association argues that £20 million worth of cuts to local bus services have already been earmarked, with potentially more in future.

Secondly, they charge that government policy has failed to keep up with the changing regulations for education. All students are now obliged to remain in education or training after the age of 16, but statutory support for school transport costs still only covers 5–16 year olds. People who remain in post-16 education may benefit from discretionary schemes provided by local authorities, but these are exactly the type of transport services which have been hit hardest by the cutbacks.

The Association of Colleges proposes a uniquely intergenerational solution to these problems: they argue that the government should create a scheme whereby someone who is over state pension age can voluntarily “give up” their right to free public transport to enable a young person to benefit from it instead. This suggestion highlights the fact that as free transport for pensioners is a universal scheme, there are potentially millions of wealthy pensioners who are given a free bus pass when they would be perfectly able to pay bus fares if they needed to.

The Association also suggests that the laws governing the provision of free transport should be updated; they argue that all local authorities should have to carry out an assessment of the travel needs of 16–18 year olds who live in their area and be obliged to give help to any who are having difficulty accessing post-16 education in the same way that they would be obligated to help 5–16 year olds.

Updating the rules so that all young people who have to stay in education or training have the same access to help with transport seems like the only fair solution to this problem, although a spokesman from the Local Government Association who was quoted by the Associated Press suggested this may be difficult in the current financial climate:

“Despite not being legally required to do so, many councils have dug deep to try and fund travel costs for young people to get to college. Our efforts are being undermined by funding cuts to the statutory concessionary fares scheme for elderly and disabled residents. This means these vital post-16 transport services can sadly no longer be protected and councils are having to take the difficult decision to scale them back.”

Of course, whether all older people should automatically be given free transport regardless of how wealthy they are is also a topic which deserves much greater debate when the resources to pay for this are dwindling. Allowing older people who don’t need their free bus pass to hand it on to a younger relative who could make better use of the scheme sounds like it would at least be a step in the right direction.