David Kingman reports on the latest housing market forecast from the estate agents Savills, which warns of a growing “generational divide” over property 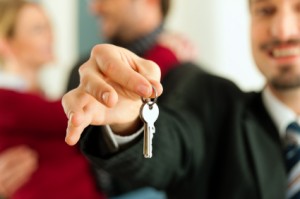 The estate agents Savills has forecast that the number of households renting privately in England and Wales will increase by over 24% during the five years between 2014 and 2019. This shift will be concentrated among households where the Household Reference Person is below the age of 35, which has led the firm to claim that the move towards renting represents a “generational divide.”

Savills predicts that the shift towards renting among the younger generation will continue because of the difficulties which members of this age group face with accessing mortgaged home ownership, including the prospect of higher interest rates at some point during the next parliament, tighter mortgage regulations in the wake of the global financial crisis and the overall shortage of housing, especially in the areas where demand is highest.

Savills predicts that by 2019, just 1 in 6 households where the Household Reference Person is under 35 will own their own home, compared with almost a third currently. These effects will be concentrated in London because of the capital’s especially high house prices; the number of households renting privately there is expected to reach 1.24 million in five years’ time, by which point over a third of all London’s households will be renting privately.

Strikingly, Mervyn Jones, one of the analysts who compiled the report for Savills, referred to the under-30s as the “new excluded” in Britain’s housing market in a quote that was used by the Independent. Evidence gathered by the newspaper suggests that growing numbers of people in their 20s and 30s may be moving abroad (the USA and Spain are the most popular destinations) because of the difficulty they face with finding affordable housing in the UK.

A different picture for the older generation?

The only age group which looks to be bucking the trend towards more private renting is the over-65s, among whom levels of owner-occupation are still rising because of the ageing of the Baby Boomers. Savills predicts that by 2019 80% of all households where the Household Reference Person is above the age of 65 – a total of some 5 million – will be owner-occupiers, with the vast majority of this group having already paid off their outstanding mortgage debt. It is a similar picture for households in the 50 to 64 age bracket, 72% of whom will be owner-occupiers by 2019.

Although this wasn’t acknowledged by the Savills research, the fact that most of Britain’s landlords tend to belong to the over-50s suggests that members of this age group are having their cake and eating it when it comes to the generational divide in the housing market.

Neil Hudson, senior residential research analyst at Savills, emphasised the public policy challenge that these figures present in comments he made to the media:

“These numbers present huge challenges to government, to institutional investors with the capacity to underwrite the delivery of new rental stock in volume, and to older home owners to pass down their housing wealth to younger family members. This is a long term trend that needs a multi-faceted, long term and deep-pocketed response.”