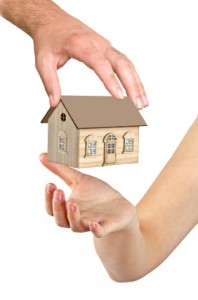 Britain’s inheritance tax regime should be reformed to make it easier for older relatives to provide financial assistance to their grandchildren, according to a new report from left-wing think tank the Smith Institute.

The report, entitled Wealth of our Nation: Rethinking Policies for Wealth Distribution, proposes a series of changes to the inheritance tax system which, the authors argue, would make it easier for families to spread their wealth among the younger generation, where it is most likely to be needed, without paying a major tax penalty, as they would now.

Too late for inheritance?

The report cites figures from the Office for National Statistics which show that the average age at which someone receives an inheritance has risen to 56 because of increasing life expectancy, and is projected to hit 59 over the next two decades.

The Smith Foundation argues that this trend is problematic because by the time they are in their late fifties most people have already accumulated a significant amount of wealth on their own. Arguably, if one of the purposes of enabling people to leave assets to members of their families is to help spread wealth between different generations, then the trend towards rising life expectancy is working against it.

The authors of the report suggest that it would more beneficial to society if people were encouraged to leave assets to the younger generation – grandchildren who are in their 20s and 30s – as this is often a far more financially precarious time of life when the money would do more good, especially as so many members of this generation are currently battling with high housing costs and have student debts to pay off.

The report argues that the current inheritance tax system makes it unnecessarily difficult for people to give money to other family members, especially while they are still alive. At present, someone can only pass on “gifts” worth up to £3,000 per year while they are still alive without there being a risk that the recipients could end up having to pay inheritance tax.

Inheritance tax is currently levied on the estate of the person who has died rather than the recipient, who is allowed to leave up to £325,000 to someone else tax-free (the allowance is doubled for married couples), after which the rest of the estate is taxed at 40%.

The Smith Foundation argues in their report that families would have more of an incentive to give assets to the younger generation if each person had a lifetime tax-free “gifting allowance” that could be worth up to £50,000. They suggest that once this has been exhausted, families should still have to pay inheritance tax but this should be treated as income, and taxed at the recipient’s marginal rate. In theory, this should create an incentive to leave assets to lower-earning members of the family – which would favour the younger generation – as money given to them would go further.

The growth in property values over recent decades has turned inheritance tax into an increasingly contentious political issue, as many “ordinary” middle-class families are finding that they hit the £325,000 threshold when they didn’t expect to. Historically, Britain’s politicians have generally responded to pressure over this issue by increasing the threshold at which inheritance tax becomes payable (David Cameron has already suggested he would increase it to £1 million), without giving much consideration to making broader changes.

Although the Smith Foundation’s proposals wouldn’t address the big problem of intragenerational unfairness that always surrounds issues of inheritance (only young people from relatively wealthy backgrounds would benefit; indeed currently only 6% of estates in the UK pay inheritance tax), it would seem to make sense to encourage families to pass on their wealth to the family members who are most likely to need it, rather than simply to those who happen to be eldest when they might not.