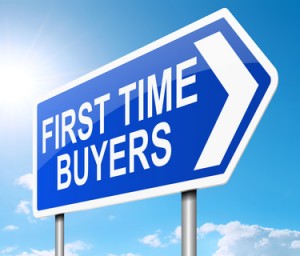 A Labour government would help prospective first-time buyers achieve their aspiration of home ownership by allowing councils to reserve a certain proportion of new homes for them, according to a recent speech by Labour leader Ed Miliband.

This comes as yet another indication that housing will be a crucial issue at the 2015 general election, and it may well sound like a tempting offer to young floating voters who dream of getting on the housing ladder. But could it work in practice?

Ed Miliband’s speech – which was held to announce the party’s response to the Lyons Review of housing policy, chaired by the former chairman of the BBC Trust Sir Michel Lyons – explained that the party would require all councils to produce a plan projecting housing need in their area and earmarking suitable sites for development.

Local authorities would also be allowed to create special “Housing Growth Areas” if they wish where they could offer developers fast-tracked planning permission in order to try and deliver new homes more quickly. Although the details are still somewhat vague, party sources appeared to suggest in an article in the Daily Mail that up to 50% of these new homes could be reserved for first-time buyers who have lived in the area where they are built for at least two years. They could have first refusal on the properties for as long as two months before they are offered for general sale.

Specific controls would be put in place that would be designed to prevent buy-to-let landlords and foreign investors from buying the properties as well.

Ed Miliband announced that Labour’s ultimate target is to get Britain building 200,000 new housing units per year by the end of the next parliament in 2020. This would be almost 50% higher than the average over the last decade of 137,000, and would take the volume of house building to a level that hasn’t been seen since the height of the 1980s property boom in 1988.

In his official announcement, the Labour leader was bullish about how this new policy would provide the solution to Britain’s housing crisis:

“Only Labour has a plan to build the homes that our country, our local communities and our families need…We will get Britain building again by insisting local authorities have a plan to meet the need for housing in their area – and that the big developers play their part rather than hold land back.”

Unfortunately, it has to be said that history is not on his side: the previous Labour government that served between 1997 and 2010 repeatedly attempted to use house building targets – conceived by Regional Assemblies and Regional Development Agencies, who were responsible for producing Regional Housing Strategies that local authorities were supposed to follow – yet had little apparent success in boosting the supply of new housing.

Ironically, it was actually Labour’s last major independent review of housing policy, the 2004 Review of Housing Supply chaired by the economist Kate Barker, which argued that targets were ineffective because local authorities had few incentives to implement them, and often faced a major disincentive in the form of well organised local political opposition to new developments, causing what she called an “implementation gap” between central government policy and the local authorities who were expected to carry it out.

Labour’s past experience with the failure of Regional Housing Strategies highlights two particular areas where this new policy is likely to run into problems: firstly, local authorities may well be under local political pressure to underestimate the demand for new housing when they prepare the new housing plans that they will be expected to produce, and secondly, local authorities have been accused in the past of deliberately earmarking sites for housing development that in reality are unviable in order to prevent new houses from actually being built.

In addition, this is to say nothing of the difficulties of directly intervening in the housing market to reserve homes for local first-time buyers and exclude property investors; even if local authorities can be given the legal powers to do this, it remains to be seen whether private developers would really be interested in something that would, effectively, deliberately exclude their wealthiest potential customers from the market.

Having said all of that, at least the announcement of this policy shows that one of the major political parties is serious about trying to help young first-time buyers get on the housing ladder. However, it remains to be seen if this policy could ever beat the significant obstacles that it would need to overcome to work in practice.