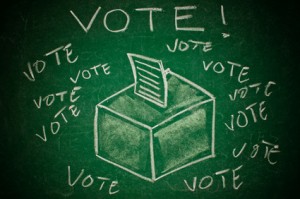 British politics has been having a turbulent time of it lately. The YES campaign in the Scottish independence referendum and the rise of UKIP in particular have been two movements that, whilst as of yet unsuccessful in achieving their raison d’être, have been gaining ground and threaten to undermine the current settled state of affairs.

These campaigns have a lot in common. They reject “business as usual” politics and propose a fundamental change to the constitutional arrangements of the UK. They do not campaign and operate in the manner of the traditional Westminster parties either, and enjoy the luxury of being able to throw together innovative policy ideas without too much demand for the details. But for all the similarities between these too unquestionably popular movements, they have many differences – and none more so than the generational base of their support.

In Ipsos-MORI’s last poll before the referendum in Scotland, YES were ahead in every age category except for the over-55s, where they were a considerable 25 percentage points behind. In short, if it weren’t for the over-50s the UK would most likely be splitting up.

UKIP, on the other hand, have been doing well in Westminster polling in the last few years but their appeal across generations is the reverse of that of the Scottish YES campaign. A recent ComRes Poll had UKIP in second place on 24% among the over-65s, ahead of Labour on 18%. Among those under 35, however, they were polling just 6%, on a par with the Lib Dems and the Greens but well behind Labour and the Tories. These two political movements do therefore appear to be appealing to differing generations.

It could be argued that such generational differences in voting have always been the case but, whilst younger and older generations have favoured one party over another, there seems to be a deepening divide between the generations on what appear to be big constitutional issues.

This is also reflected in the way these two movements have operated. The YES campaign in Scotland was driven through social media and largely dismissed traditional media, even picketing the BBC. Groups such as Wings over Scotland and National Collective developed out of blogs and online communities, not the SNP’s party machinery.

UKIP by contrast have taken advantage of traditional media’s increasing demand for 24-hour coverage by providing a centrally controlled, regulated and extensive amount of newsworthy material, even outside of election time. The recent defections are a case in point as it appears that they are being spaced out and timed for maximum impact in media outlets, ensuring that Nigel Farage appears on the front page of the Daily Mail holding a pint just about every day between now and next May.

Getting the youth vote out

For the time being, there appears to be little sign of a full-on intergenerational debate, as these two movements have been operating in very different spheres.

However, in the wake of the Scottish Independence Referendum many on the left have expressed a deep regret that they cannot seem to replicate the enthusiasm and momentum seen in the YES campaign amongst the left in the rest of the UK. Yet if Labour, the Lib Dems or even the Greens are able to capture younger generations’ imagination through the promise of genuine and substantive change, then Westminster could well become a debate between generations.

To prevent such generational politics, it is up to the political parties to offer a manifesto that can inspire and mobilise both old and young alike – a task that seems increasingly daunting in terms of both issues and operations.