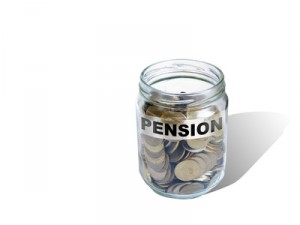 Four and a half years after the inauguration of the current Coalition government, it appears that their biggest political legacy will be the transformation of Britain’s pensions landscape that has taken place on their watch.

While this has been good in some respects, the uncertainty that wave upon wave of reforms creates may actually discourage people from putting their money into pensions if they are worried about not knowing what they will get back in the end. Would de-politicising pensions be the answer?

Just to take some of their reforms as examples, the Coalition has replaced the existing state pension with the new “flat rate” version that launches in 2016; created NEST and auto-enrolment to bring millions of workers into private pension saving for the first time; reformed most public sector pensions so that workers now have to work longer and pay higher contributions, removed the requirement that forced most private pension savers to buy an annuity, and completely changed the taxation of pensions to make flexible drawdown more attractive.

Even many people within the pensions industry have been shocked by the scale of the Coalition’s changes; David Fairs, Chairman of the Association of Consulting Actuaries, recently warned that pension providers are in danger of being “overwhelmed” by all the new policies they have had to absorb.

On the one hand, some of these reforms have undoubtedly made pension saving more attractive, particularly the new freedoms that pension savers will have over how they access their money. Pensions represent an important area of government policy, affecting millions of people, and change is naturally required from time to time to keep up with shifting events. For example, auto-enrolment became necessary as a response to the collapse in occupational pensions in the private sector.

However, it is not unreasonable to suggest that change can be a destructive force by itself when it comes to pensions. Pensions are all about individuals choosing to defer gratification, putting aside money that they could spend today to help make them more comfortable in their old age. It requires a long-term commitment, so savers have to be sure that they will eventually get a fair return on what they put in. There is a danger that implementing too many changes too quickly may make people think pensions are unreliable, which could undermine peoples’ willingness to save.

Politicians face various conundrums when it comes to pensions. In departmental terms, it is usually in the interests of the Chancellor of the Exchequer and his economic advisors in the Treasury to encourage consumption, to some extent making them anti-savings, whereas whoever holds the Department for Work and Pensions brief usually wants people to save as much as possible to help take the pressure off its budget.

There are also issues of redistribution. Politicians generally want people to save so that they will be less of a burden on the state in their old age, but they often run up against the problem that helping people to save makes them richer, creating wealth that is a tempting target for new taxes. Helping to save also, to some extent, nearly always benefits wealthier people more than poorer ones, so it is easy for pension policy to become anti-redistributive. The government currently spends around £24 billion per year subsidising pension saving, money that mainly benefits the relatively well-off.

Should we take the politics out of pensions?

It is in this context that a high-profile think tank has called for pension policy to be de-politicised. Pensions expert Michael Johnson, writing on behalf of the Centre for Policy Studies, has argued that in order to create a long-term savings culture in the UK we need to de-politicise the whole argument surrounding pensions by delegating pensions policy to a new independent Savings Commissioner. The idea is that this would be a body made up of experts which could provide independent, politically-neutral advice to the government about pension and savings policy.

It is hoped that this office would eventually acquire a similar status to the Office for Budget Responsibility (OBR), making its advice difficult for the politicians to ignore. Michael Johson implies that some kind of radical reforms along these lines could be the key to getting the members of Generation Y to engage with pension savings, and unless this happens the pensions industry appears doomed in its current form. He warns that current trends will mean we will see the end of pension saving as we know it:

“The stark truth is that the pension product is from a bygone age, before college debt, rising labour market volatility (leading to fragmented careers) and unaffordable housing.  Indeed, Generation Y is so disengaged from private pensions that the industry’s next cohort of customers will be very thin.  It is reasonable to conclude that, in the long term, the private pensions business is finished.”

Is de-politicisation the answer? Whether or not this would be the best method of achieving it, it seems clear that some kind of long-term commitment is needed to rebuild the public’s trust in pensions, unless we want millions of adults to continue sleepwalking towards an impoverished old age.