David Kingman reports on the findings of a new study which examines the complex geographies of the higher education sector in England, reaching some surprising conclusions 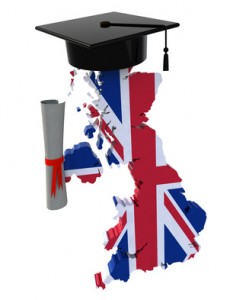 The growth of certain regions in the UK could be hampered by the existence of higher education “cold spots” where the provision of degree-level courses is either limited or lacking, according to the findings of a new study from the Higher Education Funding Council for England (Hefce).

The study, entitled What difference does having a university in your area make?, also provides some interesting insights into how geography affects higher education in England.

The most newsworthy finding in Hefce’s study relates to its warning that the inadequate provision of higher education in several of England’s regions could hold back local economies. Hefce produced a pair of maps showing the distribution of higher education provision across the country, which in absolute terms appears to be remarkably skewed towards clusters surrounding the higher education “hotspots” of London, the West Midlands and the corridor between Manchester and Liverpool in the north-west. However, provision is somewhat more evenly distributed when population density is taken into account, as thinly-populated regions such as the north-east and the south-west are actually quite well served in relation to the number of young people who live in them.

Hefce’s claim that the lack of higher education provision in certain regions – particularly the north-west, the east of England and along the England and Wales border – may reduce economic growth has reopened debate about the role played by local higher education institutions in supporting regional economies. Many areas have looked to boost their local universities in the hope that attracting students, developing business partnerships and performing high-level research will create jobs and precipitate clusters of growth, but the evidence that universities can assist development in this way has so far been mixed.

Professor Alison Wolf, a higher education expert and professor of public sector management at King’s College London, expressed her reservations about these claims to the BBC:

“Pouring public money into a locality obviously creates direct local beneficiaries. But there is nothing in the research literature to suggest it automatically strengthens the wider local economy in the short or the long term. And if economic growth is what you are after, there is nothing to suggest that building yet more new universities is the most effective use for public money.”

From the perspective of what they say about young people, some of Hefce’s other findings look more interesting. The fact that Britain is a relatively small country geographically means that you would not expect there to be too much of a relationship between where someone lives and their likelihood of going to university. Hefce’s findings appear to bear this argument out; however, it has also spotted some intriguing regional differences. For instance, the proportion of young people from poor backgrounds who go on to higher education is larger in London, with its much-improved schools and wide range of institutions, than it is in other parts of the country. By contrast, Leeds and Birmingham also have high levels of higher education provision, yet the proportion of young people who do well at school and then go on to higher education is below the national average.

Liverpool seems to be in a particularly odd position: it has some of the lowest levels of young people accessing higher education in the country, but young people there are actually more likely to do so than you would expect based on their GCSE results.

The study also confirmed that there appears to be a relationship between higher education attainment and levels of employment: Liverpool and Manchester both combine some of the lowest levels of degree attainment in the country with high rates of unemployment, while Cambridge is in the opposite position.

The most interesting findings of all from the Hefce study relate to graduate mobility. This looks at the question of which parts of the country graduates tend to cluster in after they have finished their studies. It could be argued that just educating students isn’t enough to boost growth by itself; underdeveloped regions need to be able to hold on to them after they graduate if they want to improve the local skills-base.

As you might expect, the data shows that London takes the lead over all the regions when it comes to hanging on to the people that it educates. Nearly three-quarters of people who study in the capital find a job there once they have graduated, contributing to the city’s highly skilled pool of labour.

However, Hefce also found that the perception that people who grow up in England’s regions tend to never come back if they go to university may be misplaced. Almost 80% of graduates who originally grew up in the north-east and the north-west are now employed in these regions, and the graduate retention rate is over 60% for all but one area of England.

The worst performing region is the east of England, an area mainly comprised of Essex and East Anglia, which, according to Hefce’s report, appears to combine an overall lack of higher education provision with relatively high unemployment, low numbers of graduates in the workforce and a low likelihood of young people going to university, as well as a retention rate of only 56% among those who do. Clearly, a lot more work needs to be done in this region if the next generation of young people there are going to enjoy the same chances in life as their counterparts in some other parts of the country.