If volunteer Connor McCarthy looks at the effects of government intervention in housing policy, and assesses its success 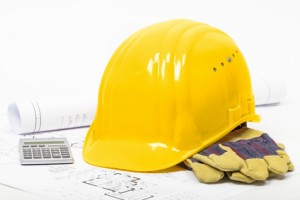 Over the past twenty years, house prices in the UK have more than tripled. Between 1994 and 2014, the average UK house price increased from £70,000 to £272,000, an annual increase of 11.7%. Despite a dip during the Global Financial Crisis, house prices have continued to soar far above inflation in the UK, as well as in numerous other European countries, such as Belgium, Finland and France.

These rises impact negatively on young people. “Generation Rent” is already struggling to get enough money together for a deposit for a house, so above-inflation rises in house prices exacerbate this issue further.

However, this upward trend is not uniform throughout Europe. After the pre-crisis boom, house prices in Denmark, Ireland, Portugal and the Netherlands actually dropped sharply, and some still continue to fall. In most, this can be attributed to the poor state of the economy; but in the Netherlands, the government has deliberately engineered a 20% real-terms fall in house prices over the last three years.

The Dutch government stepped in in order to deflate the housing bubble using a range of macroprudential tools to help reduce instability across their housing system. The loan-to-value (LTV) ratio was historically high in the Netherlands due to mortgage interest being deducted from income tax, meaning banks were willing to take on risky mortgages by providing interest-only mortgages.

The LTV ratio was reduced to 106% in 2012, and capital requirements for banks were also raised immediately. The LTV ratio is due to fall further to 100% by 2018, and the government is also tackling interest-only mortgages by gradually reducing tax breaks for interest payments on these mortgages.

As a result of these interventions, the affordability and financeability of housing have been greatly enhanced, improving by as much as 41.2% since the peak in 2008. This especially helps first-time buyers, who can now afford to purchase a house that would previously have been beyond their reach. Moreover, according to the Dutch Home-owners Association, the clear direction of government policy has also led to increasing confidence in the housing market, with public and private positive perceptions of the housing market improving for twelve successive months since January 2013. In January 2014, this measure of confidence registered the highest reading (85%) since 2008.

The array of positive impacts, especially for young people, resulting from the interventions of the Dutch government poses the question as to why more governments are not intervening in the market as part of their housing policy.

However, this decline in house prices is not good news for everyone; as a result of the falling house prices in the Netherlands, some homeowners are now stuck in negative equity, heaped with debt with little chance of being able to move. But due to the confidence in the housing market, banks are in a better position to give help, offering relief measures to keep people in their homes, helping to reduce the difference between the value of their house and their mortgage.

The government schemes in the Netherlands have been generally positive, but not all government interventions can be viewed as positively. The UK’s “Help to Buy” scheme, and it’s similar predecessor “Right to Buy”, have been key instruments in fuelling the pace of house price increases in the UK, according to John Stewart, of the Home Builders Federation.

Help to Buy allows buyers to put down a deposit of 5% and take out an equity loan from the government for up to 20% of the property’s value (which is limited to a maximum of £600,000). Originally restricted to new builds, the scheme was expanded to existing houses too, with the aim to help all in the property market, not just first-time buyers.

The scheme can be seen as offering exceptional value to first-time buyers, and can also help to stimulate supply. But according to Ben Southwood, head of macro policy at the Adam Smith Institute, the scheme functions as a cheap loan subsidy from the taxpayer, and will inevitably cause house prices to rise, unless only a few take out the loan – which seems unlikely seeing as 32,268 properties were bought using Help to Buy in the first 17 months of the schemes (to 31 August 2014).

Schemes like “Help to Buy” can essentially be seen as policies aimed at swing voters, offering already well-off people cheap loans to overbid for overpriced houses they couldn’t otherwise afford. Policies like these merely attempt to manage changes, rather than tackle the root cause: uneven supply-and-demand issues.

By politically pandering for votes through housing policy, the government simply intensifies the housing bubble, reducing the chances of “Generation Rent” ever being able to afford to get on the housing ladder.

Nonetheless, the trend towards increasing government intervention in the housing market appears to be gaining some momentum. Mark Carney, the Governor of the Bank of England, announced the first limits on the mortgage market for 30 years this summer. A 15% cap on risky mortgage loans above 4.5 times income was also proposed, and Mr Carney has threatened to use macroprudential tools, similar to those in the Netherlands, to cool the housing market if needed, recognising the necessity of some form of government intervention.

But a decision on whether to use these tools must be taken swiftly, because young people, especially in London, will be the ones most affected by this cap. Unless the 15% cap is combined with other measures, young people will be required to save an even larger sum for a deposit for a mortgage, thus freezing out even more first-time buyers from the housing market.

What further complicates possible intervention for policy-makers is the concentration of property booms in major cities. Despite the overall decrease in house prices in the Netherlands, bubbles are still apparent in cities, with house prices rising 3% in Amsterdam, and 4% in Rotterdam.

A similar issue faces the British government, with the average London house price being nearly double the UK average; prices are also growing much faster in London at 19.3% over the last year, compared to 6.3% nationally. In parallel, with increasing calls for devolution across the UK, perhaps a more regionally based housing policy would help to tackle issues with demand and supply, such as regionally specific schemes to help encourage more efficient usage of housing, and increased local control of house-building.

It is clear that some forms of intervention are necessary to cool housing markets and to help young people onto the property ladder. But the limits and complications of any intervention must be noted. While intervention can be of huge benefit, it can also skew the market unfairly. Government intervention should be welcomed, but only when it is fair to all generations, especially those most in need, such as “Generation Rent”. The intervention applied in the Netherlands could be a useful example of this: maybe the UK should go Dutch after all?