One of the most innovative features of the Scottish independence referendum was that 16 and 17 year-olds were allowed to vote. Many pre-ballot commentators assumed that they would lean towards voting in favour of independence. But did they in reality? David Kingman investigates 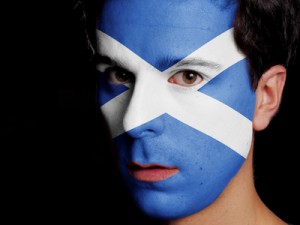 The recent Scottish independence referendum was the first time that 16 and 17 year-olds were given the right to vote in the UK. This made it an interesting test case for a range of arguments which are frequently advanced both for and against lowering the voting age in local and national elections.

Would young people bother to vote at all? If they did vote, would the dream of independence offered by the Scottish National Party appeal to their youthful idealism?

And the answer is…

Now that the dust has begun to settle on the referendum, it is possible to try and answer some of these questions using the data which have been gathered on how people actually voted. Of course, the vote was anonymous, so it is impossible to assign individual votes to particular members of the electorate. The closest that we can get is to look at the data taken from surveys that asked people how they voted after the fact.

The best sources of information in this regard were two polls, one conducted by the Conservative Party peer Lord Michael Ashcroft, and the other that was undertaken by YouGov. Of the two of them, the YouGov data appear to be more robust because they were based on a much larger sample of the electorate than the Ashcroft survey, although neither of them can be classed as definitive. The YouGov survey managed to gather the opinions of 283 voters from the 18–24 age cohort, while the Ashcroft survey only had 14. However, bearing these limitations in mind, the results they gathered can still provide some interesting insights into how the youngest members of the electorate cast their votes.

The YouGov survey, which asked members of their polling sample how they had voted on the night of the referendum, found that 16–24 year-olds actually favoured staying in the union by a small margin (35% to 33%). Interestingly, YouGov found only one age group, the 25–39 year-olds, where a majority were in favour of independence. Their data suggested that the voting patterns of the youngest group of voters were remarkably similar to those of people in their 40s and 50s; the idea that the vision of an independent Scotland would appeal to an iconoclastic streak among the youngest members of the electorate appears to have been misplaced.

Although it was based on a smaller dataset, the Ashcroft survey actually looked at the issue of how young people voted in greater depth than the one conducted by YouGov. His results suggested that 16–17 year-olds may actually have been in favour of independence by a strong margin (71% in favour), but this then fell to less than half being in favour among 18–24 year-olds. Although this suggests the opposite conclusion to the YouGov data – that the youngest categories of voters were more likely to favour independence – the sample size is simply too small to draw any firm conclusions.

The YouGov data also suggested that turnout didn’t vary greatly by age group. The youngest category of voters in their sample (those aged 16–24) had a confirmed turnout rate of 68%, which is similar to the high levels recorded among the older age cohorts, and remarkably high overall by the standards of recent British elections. It may not be clear exactly how young people voted, but they certainly can’t be accused of not taking the opportunity to exercise their votes seriously.

The outcome of the referendum – a resounding no vote for independence – ultimately raised more questions than it answered about the future of British politics. The poll had a similar effect upon the debate over votes for young people, which some commentators think should be reopened.

Those in favour of permanently lowering the voting age argued that, having given young Scots a first taste of exercising their democratic rights, the British government shouldn’t withdraw it at subsequent elections. This would also mean that the franchise would have to be extended to all 16 and 17 year-olds across the UK, to avoid creating unfairness.

Those who oppose any further lowering of the voting age argue that the Scottish referendum was a special case, a once-in-a-generation poll that occurred largely outside the normal democratic process. In legal terms, 18 remains the age which most clearly demarcates the threshold between youth and adulthood, and receiving the right to vote is an important part of this.

Only one thing looks certain – with the Scottish Nationalists, Labour and the Lib Dems having all pledged to lower the voting age if they get into power, the issue won’t go away any time soon. Whether the outcome of the Scottish Referendum supports either side of the argument is a question for which we would need far more detailed data to be able to answer.