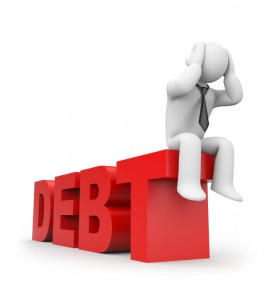 Britain’s young people continue to face a daunting choice if they want to own a place of their own one day, according to the latest data from the Council for Mortgage Lenders (CML), the professional body that represents housing lenders.

In effect, in order to become a first-time buyer someone has to accept being drastically overburdened with a huge debt which will usually be many times their current salary, and they also have to place a bet that mortgage rates will not rise to a level which makes servicing this loan unaffordable for them. As the CML data shows, this choice isn’t getting any easier, although more and more young people seem to be willing to accept it.

The data from the CML contained two especially striking statistics. Firstly, new lending to first-time buyers during the month of July set a post-recession record, as the number of new mortgages hit the highest level it has reached since before the credit crisis hit, back in 2007.

Altogether, 32,200 home loans were advanced to new first-time buyers, representing £4.62 billion worth of new borrowing. This was not only the highest number since the beginning of the credit crunch, but it was also 25% than the volume of new borrowing seen during the same month last year.

Does this mean young people are finally starting to beat Britain’s housing crisis? Unfortunately, the second notable statistic released by the CML suggests that things are not as rosy for first-time buyers as they may appear. This data also showed that first-time buyers are having to take on record-sized loans in order to get on the property ladder: the average first-time buyer loan reached £127,500 in July, another record.

In other words, these figures suggest that young would-be homeowners are not so much finding it easier to access the housing ladder as they are becoming collectively more willing to risk taking on bigger and bigger debts because they know they have no other choice. They appear to be gambling that today’s low interest are unlikely to last, so they had better get in while they can, and hoping that they will be able to cope whenever rates revert to pre-crisis levels.

This may turn out to have been a dangerous gamble. On 9 September, the Bank of England governor, Mark Carney, warned the annual meeting of the Trade Union Congress that interest rates are likely to rise before Britain’s workers enjoy a revival in wage levels. Young first-time buyers may be especially vulnerable to a rate rise if their big mortgages, which are just about bearable in today’s climate, suddenly become unaffordable.

For young would-be homeowners who can afford it, getting on to the housing ladder while they still cane probably does represent a safer bet than waiting, as house prices seem likely to rise upwards for the foreseeable future.

In addition to renewed demand from first-time buyers, the CML data also highlighted that another group has been extremely keen to take advantage of today’s low interest rates: buy-to-let landlords. July saw 17,500 new BTL mortgages being issued, 18% increase by volume on the same month last year. This figure probably understates their full impact on pushing up house prices, as many landlords either refinance existing mortgages they hold on other properties, or simply pay by cash.

It all adds up to a situation in which house prices appear likely to go on rising. As the economist Howard Archer, of IHS Insight, explained to The Guardian:

“We expect house prices to generally rise at a more retrained restrained rate over the coming months. Buyer interest is likely to stay reasonably healthy even if it has come off peak levels, as it should be supported by elevated consumer confidence, markedly rising employment, and still low mortgage interest rates.”

For young people deciding whether or not they should gamble with their financial future, the choice doesn’t seem to be getting any easier.