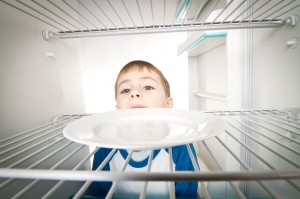 As many as one in three working parents in England could be cutting back on food because of high housing costs, according to new research from the housing and homelessness charity Shelter. This shocking figure emphasises how overstretched Britain’s high housing costs are leaving many young families, who are being forced to go without some of the comforts of everyday life that other members of society take for granted.

Shelter’s figure – which is based on a YouGov poll that was conducted among a representative sample of working parents in England – also revealed that over a million working parents have put off buying new shoes for their children because they needed the money to pay their housing costs, while 10% said they had been unable to provide their children with new school uniforms for the same reason.

In announcing these figures, Shelter cited the evidence from the recent English Housing Survey which showed that the average household spends close to 30% of its income on housing costs (including both rent and mortgage payments), while the average just among people who rent privately is 40%.

A different report, published earlier this year by the Resolution Foundation think tank, claimed that there are now 1.6 million UK households that find themselves in the most precarious position of all – spending more than half of their disposable income solely to meet their housing costs. The Resolution Foundation termed members of this group the “housing pinched”, and argued that they are extremely vulnerable to future housing-related shocks, such as an increase in interest rates.

Shelter’s announcement of these new figures included the following individual testimony of what the day-to-day reality of living under such acute financial pressure is like for the people affected:

“My husband and I don’t have breakfast because we can’t afford it, and we miss evening meals two or three times a month to help with the mortgage. We’ve really had to cut back on the basics, and I even had to send our daughter to school in an old uniform that I knew was too small; it made me feel horrible. We are already at breaking point, so I honestly don’t know what we’d do if our financial situation got worse; it really frightens me.”

Perhaps the most striking fact is that this quote came from a woman living in Essex who has a full-time job, as does her husband, so they could hardly be doing more to try and improve their situation, and yet they still find housing themselves such a struggle. Given that most people expect to be able to afford to have children, a stable relationship and a roof over their head, the fact that so many young working families are finding this almost impossible to achieve suggests something has gone badly wrong with the UK’s housing market.

The financial stress that their parents are under is also likely to have long-term impacts on the children who live in these overstretched households. Research from the Joseph Rowntree Foundation has established a strong statistical relationship between being poor during childhood and a range of negative long-term effects in relation to health, educational outcomes and employment prospects.

One of the factors which has the biggest impact on a child’s health is the quality of their housing conditions: the JRF researchers found that poor housing and overcrowding are linked to a range of physical and mental ailments, including poorer sleep patterns, lower resistance to infections and more respiratory problems such as asthma. This suggests that the Government should have a strong interest in trying to help Britain’s young families house themselves successfully without being under a suffocating degree of financial pressure, if we don’t want to create more long-term problems for the future.