David Kingman provides a summary of the key ideas in the new “Robbins Rebooted” report, which suggests that Labour would continue tinkering with higher education policy if they win the next election 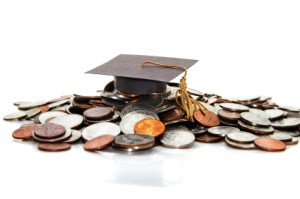 England’s higher education system will continue to be a significant political football after the next general election, or at least that seems to be the implication of a new report which has recently been written by Labour’s shadow universities minister Liam Byrne.

The report, entitled Robbins Rebooted: How we earn our way in the second machine age, argues that universities will have to change significantly in order to confront the challenges posed by new technologies and the economic disruption they are creating. It draws on two particular historical references: the hugely influential 1963 Robbins Report into the future of higher education, which led to mass university expansion, and the famous “white heat of technology” speech made that year by the future Prime Minister Harold Wilson, where he called for the gains brought about by technological progress to be the catalyst for a national revival in Britain.

The report is influenced by these two earlier sources to the extent that its major policy recommendations mirror the focus they both placed on using scientific and technological progress as a means of achieving social justice.

In the interests of widening participation in higher education among children from poor backgrounds, Mr Byrne suggests that universities could be rewarded with extra public funding for every student from a disadvantaged background whom they recruit. A £1,000 “student premium” would be similar to the successful “pupil premium” policy which has been implemented in schools under the Coalition Government, and he argues that it could easily be funded by re-targeting the money that is currently spent on existing widening participation schemes.

In terms of adjusting to changing technology, Mr Byrne would like to see universities developing closer partnerships with private sector employers, so that they can perform more research with commercial applications that will help British businesses, and produce graduates with the skills that employers have a demand for. At the forefront of these novel alliances between universities and business would be new “technical universities” offering “earn-while-you-learn” technical degrees to students who would be undertaking apprenticeships at the same time. Mr Byrne would also like to see the private sector play a bigger role in setting the research agenda of universities, although this approach has received some criticism.

Funding: the elephant in the lecture room?

From a strictly economic perspective, the most striking feature of Mr Byrne’s proposals is that he has virtually nothing new to say about the thorniest issue of all surrounding higher education policy: how to fund universities in the long term.

Despite being written by the shadow universities minister, who will presumably be responsible for implementing any future changes to the higher education funding system, all that Robbins Rebooted has to say about university funding is that he would “seriously consider” creating a student loan system for postgraduate students. This would be a welcome move from the point of view of widening participation in higher education at the post-graduate level – IF’s own research has identified the pernicious influence that family wealth plays under the present system of determining whether someone can enter postgraduate study or not – but it is disappointing that the rest of the report is so quiet upon the big issue of how a future Labour government would address the looming “black hole” in the student loan system.

The fact that this report has been written at all also suggests that politicians are keen to continue tinkering with the higher education system, even though it has been through several major shake-ups in quite a short space of time already. If they end up on the receiving end of yet more reforms, without new funding being created to help pay for them, then universities – and ultimately, students – could suffer the worst of both worlds.