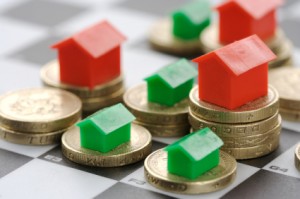 The realities of everyday life for some of the households who are worst-affected by Britain’s housing crisis have been laid bare by a new piece of research from the Resolution Foundation, a think tank, which shows that almost 1.6 million UK households currently have to spend over half of their disposable income on housing costs each month.

Who are Britain’s “housing pinched”?

The report – Housing pinched: Understanding which households spend the most on housing costs – labels this group the “housing pinched” because the size of their housing costs has a strong impact on their ability to do other things.

These 1.6 million households can be broken down fairly easily into three distinct categories. A small number of them – around 110,000 – are pensioner households where no-one works, which are either still paying off their mortgage costs or are paying high rents without receiving any help in the form of Housing Benefit.

Of the remainder, almost half a million are working-age households where no-one works, while the rest – around one million households – are workers. As you might expect, the vast majority of these households are extremely poor: the Resolution Foundation estimates that over 80% of the working households that are housing pinched have earnings that place them in the bottom income quintile. Shockingly, they calculate that the typical household in this position has just £60 a week left over to spend on everything else once their housing costs have been paid for.

The report also provides a great deal of further analysis. This showed that in 2011/12, members of the following groups were twice as likely to be housing pinched as the average:

The authors of the report ruled out claiming which factors were responsible for households being housing pinched – i.e. the data doesn’t show whether younger households are more likely to be in this category because they are disproportionately likely to live in London, or whether Londoners are disproportionately likely to find themselves housing pinched because the city’s population profile is so much younger than average.

Nevertheless, younger working households appear to be disproportionately affected by this phenomenon. This is partly because the data also shows that households which rent privately are more likely to be housing pinched than any other tenure type, and this is the tenure with the youngest age profile. Although the authors were wary of making links, there appears to be a profile in the data suggesting that renters on low incomes who take single-bedroom properties and end up moving between them frequently on a precarious series of short-term leases may be especially vulnerable to high housing costs. This degree of precariousness doesn’t sound like the type of arrangement that any sensible housing policy would view in a positive light.

Speaking to The Guardian, one of the report’s authors, Laura Gardiner, warned that households which are housing pinched are already under so much financial pressure that reasonably minor financial shocks could have big implications for them:

“With house prices and rents rising in some parts of the country, interest rates expected to start to go up, and income growth remaining weak, we should be concerned about the ability of this group to absorb additional pressure on their household budgets from higher mortgage payments and rents.”

It should also go without saying that circumstances under which individuals are forced to spend so much of their money just to keep a roof over their head cannot be conducive to a high standard of everyday life, much less helping them to fulfil any of the long-term goals that most people would like to achieve, such as forming relationships or having children.

The housing pinched are some of the biggest victims of Britain’s housing crisis, and their plight should be an urgent call-to-arms to build more housing.