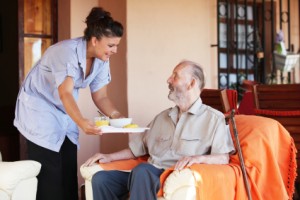 Concerns have been raised by local authorities that they may be not be able to afford to implement the first stage of the major reforms to adult social care which are due to come into force next April.

Although the Government claims that sufficient funding is being made available, this could be just the first battle in the major struggle which looms over the adult social care reforms, as the parties that are involved strive to create a system which is better at serving the interests of patients, fairer and, crucially, more affordable than the one Britain has now.

The first controversy which has arisen over the implementation of the new system – which is supposed to share the liability for high care costs between the government and the individual by “capping” the most that anyone should have to pay for their own care at £72,000 – concerns how local authorities are supposed to fund the enormous number of care assessments that they will now be expected to provide.

Under the current system, local authority support for an individual’s health and social needs is limited by both a needs-assessment and a means test. The means test has attracted plenty of controversy over recent years, because anyone with assets worth more than £23,250 is automatically excluded from receiving state support. This effectively means that almost all homeowners have to pay for the full cost of their care themselves.

The means-test threshold has resulted in a situation where almost half of all care home residents are paying the full bill for their care. Many more people receive care at home, either purchased from private providers or given by their friends and relatives, who currently have almost no interaction with the state-funded care system because they are judged to be too wealthy, or they want a better quality service than the local authority can provide.

When the new system is implemented from April 2016, everybody will become eligible for a care needs assessment from their local authority to enable them to create a record of how much progress each patient has made towards their “cap” of £75,000. Local authorities estimate that they will be required to perform an additional 400,000 needs assessments, beginning next April, in order to give them a year’s head-start on the rest of the reforms.

Councils have complained that they do not have sufficient resources to undertake all these extra assessments. The Local Government Association (LGA) has recently undertaken a survey of its members which asked them whether they felt they would be able to execute this part of the reforms successfully; they found that 90% of the councils did not think they would be able to.

Inevitably, this prompted a row about funding between the Government and the LGA. The LGA claims that councils are being expected to do more with less, as they have to implement these reforms in the face of real reductions in their budgets; however, according to the BBC, a spokesman for the Department of Health claimed that an additional £470 million was being set aside in 2015 to help councils cover these costs.

This is merely the first difference of opinion which has been aired publicly between councils and the Government over the implementation of the new care reforms, but more are sure to follow.

Commentators have highlighted a number of flaws with the Government’s reforms to adult social care, which look almost certain to become a source of increasing controversy over the years ahead.

One of the most significant problems with the new system is that it has been set up in such a way that an individual’s costs will not necessarily be “capped” at £72,000 at all; this is because of differences between what private patients and local authorities pay for care home services and the fact that patients will still have to pay living costs of up to £10,000 per year even once their “cap” has been reached. The specific implications of this are complicated, but James Lloyd of the Strategic Society Centre has produced a worked example showing that a typical care home resident could end up paying almost £150,000 of their own money on care home fees before they qualify for local authority support, and then still be left with having to make significant top-up payments thereafter.

Yet despite all the controversy they seem guaranteed to generate, it is important for both the Government and local authorities to push ahead with social care reform, as the current system looks poised for an eventual catastrophe; an infamous document called the “Barnet Graph of Doom”, produced by Barnet Council, forecasts that they will be spending their entire budget on adult social care and children’s services by 2032 if nothing changes, leaving no money for anything else. We need to find a solution to the problems of adult social care if we want to put in place a sustainable system which is fair to all generations, and that means pushing ahead with difficult reforms.