IF volunteer Aleksandra Blawat examines the reasons behind delayed adulthood 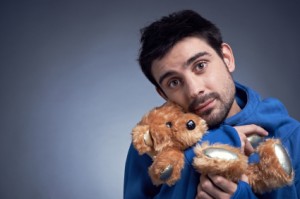 Sociologists traditionally use five milestones to define adulthood: completing school, leaving home, becoming financially independent, marrying, and having a child. Today’s young people may never achieve all the milestones; and those who do increasingly do not progress through them in the traditional order.

This set of milestones reflects the idea that young people pass through an orderly procession in which they finish school, move out, go to university, start careers and families, and eventually live off pensions supported by the next generation of young people. Jeffrey Arnett, a professor of psychology at Clark University in Massachusetts, argues that this idea has gone out the window as Generation Y increasingly shy away from commitments, including long-term romantic partners or permanent homes.

Young people face different conditions from previous generations. The need for more education in an information-based economy, fewer entry-level jobs, and less of a rush to marry and have children have led to a new life stage: emerging adulthood. It is characterized by identity exploration, instability, and self-focus.

Psychologists Alexandra Robbins and Abby Wilner argue that many in their 20s experience a ”quarter life crisis”: a sense of panic that their life isn’t where they want it to be. During this life stage they are more likely to run into problems such as anxiety, depression, motor vehicle accidents and alcohol use, as young people find it hard to cope with the stress of uncertainty and instability that is often related to their economic conditions.

The two theories involve contrasting attitudes: on the one hand, anxiety and instability; on the other, a sense of possibilities and self-exploration. This ambivalence is a crucial characteristic of young people’s lives. They are hopeful about their own lives, even though they are generally pessimistic about the state of the world. Although they are apathetic when it comes to political engagement, they are enthusiastic about volunteer work.

Should we be concerned about the fact that young people are delaying adulthood, or should we support it?

Psychologist Kristine Anthis makes the point that “in order for a period of time to be a stage of the lifespan, it must be universal. And “emerging adulthood” isn’t.”

Arnett argues that it should be made universal. He sees the general ambivalence of the 20s as partly caused by an “identity crisis” unrelated to economic conditions. Medical evidence supports this hypothesis: the prefrontal cortex keeps developing throughout the 20s, making impulsive decisions more common until age 25. Thus delaying important decisions would appear to makes sense. Arnett suggests government policies to support “emerging adulthood”: for example, setting up savings accounts accessible at age 21 to support a year’s travel or volunteer work.

However, for many, the turbulence of the 20s is not a carefree time of travel and opportunities, but a time when economic circumstances preclude them from taking on adult responsibilities.

“Having an income that’s adequate to support oneself and a family — or at least the ability to earn one — has always been a precursor to living independently and taking on adult roles, such as marrying and settling down,” says Richard Settersten, a professor of human development and family science at Oregon State university. Falling real wages and rising house prices are becoming increasing burdens on young people, making milestones such as marriage and children unaffordable.

This is intergenerationally unfair: today’s younger generation is kept from growing up by a poor economic climate and government policies such as increased tuition fees. A more sensible policy than paying young people to “find themselves” would be to ensure that they are provided with the same opportunities that previous generations benefited from – affordable housing, free higher education, and jobs.