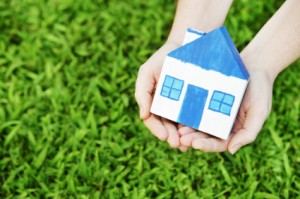 The share of homeowners taking in a lodger has nearly doubled in the last five years, according to new research from the insurance company Liverpool Victoria. This finding was based on a survey of 5,000 homeowners which found that 2.7% said they were currently letting out a spare room in their home to a lodger, compared with 1.4% when the company ran a similar survey in 2009.

The most common reason why homeowners said they had started taking in lodgers was to help generate extra income, suggesting that the “cost-of-living-crisis” is mainly responsible for this trend. However, if the government was willing to do more to encourage people to take in lodgers then it could have a big impact on the housing crisis.

Rise of the lodgers

According to previous research undertaken by IF, Hoarding of Housing: The Intergenerational Crisis in the Housing Market, England’s houses could contain up to 25 million bedrooms which no-one sleeps in on a regular basis. A major explanation for this is that there is a mismatch between the size of houses (the physical buildings that people live in) and households (the groups of people who want to live together). Millions of older households living in large houses find they have more rooms than they need once their children have moved out, while at the same time many younger households (especially those with children of their own) find they forced to live in over-crowded accommodation because they can’t afford anything more suitable.

In theory, this ought to be a recipe for lots of people with big houses to take in lodgers, as they can make money out of empty space that would otherwise serve no practical purpose. However, the statistics from Liverpool Victoria indicate that this still isn’t very common; even though the proportion of homes that take in lodgers has almost doubled, 2.7% still looks like a remarkably low rate.

This may partly be explained by cultural factors, as people may now be more concerned about privacy and “having their own space” than they were in previous eras when lodging was more common. This is intertwined with the growth of buy-to-let investment, which has helped transform renting private flats in to a cultural norm in a way that it didn’t used to be.

Demand for lodgings is clearly growing because of the housing crisis. Liverpool Victoria’s research shows that the average age of a lodger is now 31, and an increasing share of them are in their 40s and 50s. This suggests that young adults may be turning to lodging for the same reason that they are turning to private renting, because they find themselves unable to buy in places where there are jobs.

The Rent a Room scheme

For people who decide to take in lodgers, the financial rewards can be significant. Liverpool Victoria’s research revealed that the average lodger brings in rent worth £3,000 per year on a national basis, or £4,145 in London. From the tenant’s point of view, these prices compare favourably with the cost of private renting, which is almost £8,500 on average at current rates. Clearly, they would have to be happy with having less freedom and independence if they become lodger in somebody’s else’s house rather than renting a place of their own privately, but given the difference in cost it still seems remarkable that more people aren’t following this option.

Part of the explanation could be that the government has done little to encourage people to take in lodgers over recent years. There is a tax incentive called the “Rent a Room” scheme which enables a resident landlord to keep up to £4,250 per year tax-free, but this is dwarfed by the £13 billion of tax subsidies which IF research has shown buy-to-let landlords are claiming each year.

IF believes that the government should do more to encourage homeowners to take in lodgers, as this simultaneously reduces under-occupation, lowers the demand for new private rented accommodation and helps people get roofs over their heads, all without intruding on to the political minefield of trying to encourage more new-builds. Of course this wouldn’t be a panacea, but few housing policies would do more to help so many people this easily.