David Kingman reports that while Britain is giving pensioners new freedoms to access their pension savings, concerns about people not managing their retirement income successfully are leading Australia’s politicians down the opposite path 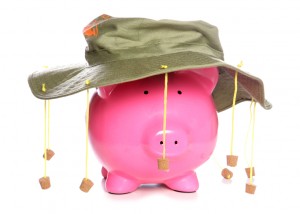 Australia’s pension system has increasingly been seen as a model which Britain should aspire to over recent years, as they have successfully created a system of compulsory pension savings accounts which now contain a combined A$1.4 trillion.

However, while pension savers in Britain can shortly look forward to enjoying an unprecedented amount of freedom when it comes to choosing what they want to do with their pension savings, Australia’s government has recently accounted that it is considering making it compulsory for all Australians to purchase an annuity with their funds. So, should this make Britain’s politicians think again?

“Freedom and Choice” in pensions

Following the changes announces during Chancellor George Osborne’s 2014 Budget speech, Britain’s pensioners will soon be given far more freedom over how they can use their money in retirement.

The new rules are quite complicated, but the most significant change unveiled as part of the government’s strategy – called Freedom and Choice in Pensions – is that from April 2015, savers who are over the age of 55 will be allowed to withdraw cash sums from their pension pots that will only incur their marginal rate of income tax (20% or 40%) instead of the punitive rate of 55% which has been levied previously, and was designed as a disincentive to discourage them from doing so.

This has lead to fears that a proportion of pensioners may decide to take most of their savings as cash and spend them on short-term consumption, such as buying a new car or taking an exotic holiday. Pensioners who burn though too much of their money to leave them with an adequate income to live on during the rest of their retirement risk becoming a burden on the state, although officially the government claims it is unconcerned about this possibility; the Minister of State for Pensions, Steve Webb, was even quoted saying that pensioners should be free to spend all their savings buying Lamborghinis if they wanted to.

Another concern is that research has shown people are notoriously bad at estimating their own life expectancy, so even pensioners who live frugally may find that they run out of money much earlier than they expected to. As a supplementary measure to this policy, the government has recently announced that all pensioners will receive free, impartial advice to help them chose the best option when deciding how to provide an income in retirement from the wide range of possibilities which are now available, although some critics have claimed this “one-size-fits-all” approach is unlikely to deliver advice that is detailed enough to be useful.

What could we learn from Australia?

Debates about pensions in Australia have also seen a growing concern over recent years about the danger that too many pensioners – who already enjoy similar freedoms to the ones which have recently been announced in Britain – end up becoming dependent on government welfare because they don’t plan how to exploit their pension savings in a sustainable manner. This is an especially significant issue in Australia because most pensioner benefits (including the state pension) are heavily means-tested, so introducing compulsory private pension savings was supposed to be a way of reducing reliance on the welfare state.

One solution which has been proposed is to give pensioners less freedom when it comes to what they can do with their retirement savings. A recently-published report from David Murray, former chief executive of the Commonwealth Bank of Australia, has argued that one option would be to force all pensioners to purchase an annuity, a product sold by an insurance company which provides a guaranteed income every year for life.

According to a newspaper article, the report contains a striking statistic: around one in four pensioners who have a private pension pot at age 55 have depleted their balance 15 years later, at age 70. With growing numbers of pensioners living in to their 80s and 90s, this is clearly undesirable.

Annuities have become increasingly unpopular in Britain over recent years, as while they provide reliability they are often perceived as offering poor value for money and being a better deal for the provider than they are for the customer. Low interest rates have depressed the return on annuities for pensioners over recent years, leaving many in the position that they would have to live for an extremely long time in order to get their money back. Buying an annuity used to be compulsory in Britain, until the Coalition Government removed this requirement during an earlier bout of pension reform in 2010.

Clearly, everybody deserves an adequate income in retirement, and making too many changes to the pension system is likely to erode the sense of trust which is vital if we want today’s younger generation to become savers. However, pension policy is ultimately about sharing risks between individuals, pension providers and the state, and there is a looming danger that “Freedom and Choice” will ultimately pass too much risk from today’s pensioners on to the shoulders of the next generation who will find they end up paying for their freedom in old age.