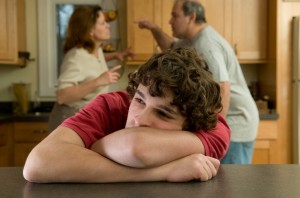 The generation of Britons who have grown up living under the shadow of the worst recession in decades are deeply pessimistic about their prospects, according to new social attitudes research from the social research institute Ipsos MORI.

Their report, entitled Who is Generation Next?, examined the attitudes of British children who were born after 1995 (termed “Generation Next” by the researchers), and found that they are deeply concerned about their chances of getting a well-paid job and enjoying a better lifestyle than their parents had.

The research – which was based on the views of nearly 3,000 children aged 11 to 16 attending state schools in Britain – found that the young people reported a high degree of concern when it comes to their prospects of getting good jobs and being able to afford their own homes:

– 69% of girls and 56% of boys said they were worried about their future job prospects;

– 40% worried it would be harder for them to buy their own houses than it was for their parents;

– Overall, 25% believed life would be worse for them than it was for their parents, while just 37% said they thought it would be better.

These findings surely reflect the impact of growing up against the backdrop of the recession, which appears to have made them anxious beyond their years about the kinds of bread and butter issues that they might not have had to worry about if they had come of age in less precarious times.

Anxiety seemed to be a theme running through the results of this survey as a whole – when they were asked about what makes them anxious, 39% of the young people said their weight (reflecting modern concerns about body-image), but 30% said they worried about whether their family would have enough money to live on, 25% said they worried that one or both parents could lose their jobs and 21% were concerned their parents might split up or divorce – all worries which can arguably be traced back to today’s economic problems in some way.

Opinionated but not political

The research also produced some interesting evidence which suggests that Generation Next is remarkably opinionated, yet doesn’t hold strong political allegiances.

Young people in Britain are often assumed to be less politically-engaged than members of previous generations, a viewpoint which this survey supported. Overall, 71% of the young people surveyed said they had no political affiliation, and, remarkably, just 14% said they expected the government to do a good job in running the country over the next year.

Could it be that the recession has left young people disenchanted with the ability of politicians to do a good job of safeguarding the nation’s future? Perhaps, but whatever the cause of this level of political disenchantment, it suggests that today’s politicians should be deeply concerned about the fact that so many of tomorrow’s voters think they are doing a poor job.

However, despite not being engaged with formal politics, the survey confirmed that Generation Next is strongly opinionated at the same time. Fascinatingly, a higher proportion of the young people surveyed thought that the age at which you can buy alcohol or place bets legally ought to be raised rather than lowered, while around 40% said they would support raising the ages at which you can get married, join the army, purchase cigarettes or be held legally responsible for a crime. Interestingly, the only two areas in which a significant share of Generation Next thought the legal age should be lowered were driving a car and voting (40% thought this should be lowered to 16).

On this evidence, the members of Generation Next feel they are mature enough to know their own minds and have their own strongly-held opinions, some of which are quite distinct from those held by previous generations, while they are knowledgeable enough about the world around them to appreciate how the recession has weighted the cards against them.

The interesting question is, will Generation Next succeed in changing Britain’s politics with their views as they get older and their generation becomes a significant force within the electorate – or will their level of disenchantment lead to them abandoning the established political order altogether?