An ambitious intergenerational equity study for the province of Quebec, Canada, has recently been published. By means of a translation (from French) of its executive summary, its author and chief analyst Alexis Gagné (pictured) provides an introduction 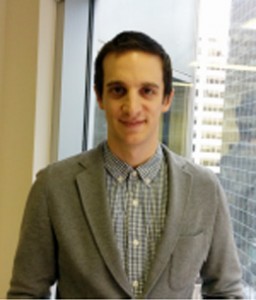 The Quebec Intergenerational Equity Index was created in order to track equity across generations, measured across multiple dimensions from 1976 through to the present day. The Index – launched on 7 March 2014 by the Regroupement des Jeunes Chambres de Commerce du Québec (RJCCQ: the Union of Junior Chambers of Commerce of Quebec) and the Quebec news magazine L’Actualité – focuses on 25–34 year olds and compares them against other age groups in Quebec. The index is currently composed of 27 indicators and will be updated on an annual basis.

Since the index takes advantage of multiple, diverse sources of publicly-available data, we hope that this effort will be repeated in the other Canadian provinces and elsewhere in the world.

Intergenerational equity is defined as the equitable distribution of the costs and benefits associated with the collective decisions of a society. The definition of those costs and benefits obviously depends a great deal on personal values. Therefore, to help us choose which costs and benefits are most important, and thus the composition of the index, we organised two discussion groups. The first was with young people, ranging from 20 to 35. The second was with people aged 55 and older.

We also consulted a number of individuals of all ages and diverse backgrounds. In all cases, the people consulted were recognised in their field of work and interested in the issue of equity across generations. For example, among these groups were an ex-finance minister, an ex-union leader, environmentalists, economists, entrepreneurs, members of the business community, and a philosophy professor.

The index attempts to find the answer, as best as the available data makes it possible, to two different but closely linked questions:

To answer these questions, we collected data to form 27 indicators – covering many different aspects of society and individual well-being – and then combined the indicators into the Index.

The 2011 figure shows the evolution of intergenerational equity between young people aged 25–34 (Generations X and Y) and their parents’ generation (Baby Boomers). The index had risen (improved) from 100 to 115.7 in 25 years.

This evolution is less impressive, however, when considering that 1986 represents a low point in the index following a 5.7 point decline between 1976 and 1986. The index in 2011 is thus only 10 points higher than the index in 1976, mirroring almost exactly the 9.6% growth in after-tax median income for people aged 25–34 during those 35 years.

To complete the discussion of equity among generations, a final question is raised in the report: Is the quality of life attained by young people in 2011 sustainable? To answer it, we discuss the potential future effects, mainly on income, of four major sustainability issues:

Taken individually, the future effects of each of these four issues are not necessarily alarming. The literature reviewed predicts that each will affect future income by a few percentage points, or economic growth rates by a few tenths of a percentage points. But if we combine all four issues, the impact becomes significant, negatively affecting the future income of Quebecers by many percentage points, or future economic growth rates by 1% or more. This might still seem small, but if we take into account the growth of after-tax income of only 9.6% over the last 35 years, or the prediction of most economists of annual growth rates in Quebec of around 1.5% over the next 30 years, these effects are very important.

Two issues are particularly worrying. The first is global warming. If warming accelerates – which is probable if the world does not succeed in agreeing on how to diminish greenhouse gas emissions – the costs to the world economy will almost certainly be quite significant. Nicholas Stern predicts these costs could rise to as much as 20% of global GDP.

The second is the long-term trend in public revenues and spending. A recent study of the effect of ageing by group of renowned Quebec economists shows disquieting results. Deficits will most likely grow steadily to reach 4.5% of GDP by 2051. To eliminate this deficit, Quebecers will either have to face a higher taxation rate or receive lower levels of government services.

Therefore, will the modest gains illustrated by the Index be sustained for future generations? Our collective actions over the next few years will determine this.

To see the full report (in French), click here.

Note: After the indicators were chosen, participants in a final discussion group (young and seniors combined) were asked to give a weight of between 0 and 4 to each indicator. The average of these weights was used to create the final Quebec Intergenerational Equity Index.