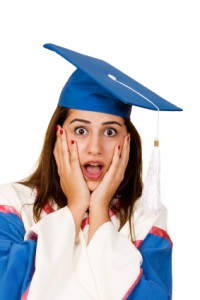 According to David Willetts, the Coalition’s Minister of State for Universities and Science and the architect of the post-2012 student finance regime in England, one of the guiding principles behind the new system he has implemented is that students should now have much more choice when it comes to choosing where and how they study. The White Paper which outlined how the new set-up would work was even entitled Students at the heart of the system.

The Coalition has championed the role of students as active consumers, free to choose whatever option they want in the higher education supermarket. This suggests that whether or not they are satisfied with the service they received should be a more important outcome than ever before. In this context, some new research which suggests that many students think their £9,000 per year courses represent poor value for money should be a concern for both the government and universities themselves.

The survey – which was conducted jointly by the Higher Education Policy Institute (Hepi) and the Higher Education Academy (HEA), based on findings from 15,046 current students – found that a third of students in England said they thought their courses were either poor or very poor value for money. The share who gave this response has almost doubled since the last time the survey was conducted before the introduction of £9,000 tuition fees, in 2012.

The survey also found that 31% of students said they would probably have chosen a different course if they could have their time again.

One of the key reasons why so many students said they were unhappy with their courses appears to be the issue of “contact time” – the number of hours which they actually spend being taught directly by members of staff at the university, rather than studying on their own. The survey found that the typical undergraduate receives just 14.2 hours per week of contact time during the first and second years of their degrees, in comparison to the 40 hours which are recommended by the Quality Assurance Agency for Higher Education, the independent agency which has responsibility for safeguarding standards within the sector.

Asked what their top priority would be for improving their university experience, 35% said they would like to see teaching hours increased and class sizes reduced; these were the two most popular options after lowering fees (which got 48%).

What is value for money?

The findings of this research raise several interesting issues. Firstly, many of today’s students are clearly dissatisfied because they feel they are paying more for a service that hasn’t been improved commensurately. This was an inevitable outcome of the post-2012 university reforms because they were always designed as a method of transferring the burden of funding higher education from the state to the individual, rather than as a way of increasing higher education funding overall.

Indeed, despite the much larger burden being borne by students, teaching budgets are actually falling at most higher education institutions. Telling students that they now ought to think more like consumers, and then making them pay higher fees for diminishing levels of service, was always a recipe for discontent.

Secondly, there is the interesting question of whether there is a mismatch between what students say they want and what universities are choosing to do with the income from student fees. Although increasing contact hours and improving the quality of teaching clearly seem to be priorities for students, some of Britain’s most prestigious universities have recently been forced to defend reducing their teaching budgets while paying very high salaries to senior managers (although, in the universities’ defence, the Times Higher Education pay survey claims that these controversies have been overblown; they argue average pay increased across the whole sector by an average of just 3.3% in 2012/13).

Members of the Russell Group of universities are also investing in a “building boom” of new facilities which are worth roughly £9 billion overall. Sheffield University is particularly notable for building a new £81 million engineering building, while Imperial College London, UCL and Cambridge all have major new satellite campuses in the pipeline. The universities argue that this represents productive investment that will create jobs and enable them deliver a better experience for students and staff, although some critics have accused universities of wasting money on eye-catching prestige projects when it would have been better to allocate their resources to other things.

The survey from Hepi and HEA certainly seems to suggest that many students would prefer it if their universities spent the money on bigger teaching budgets instead, but whether they can exert sufficient consumer power within the new higher education market to make universities take account of their wishes is unclear.

Thirdly, this research does raise the thorny issue of how you can assess value for money in higher education at all; many of today’s students may feel that their courses are poor value for money at the moment, but they won’t find out for sure whether there are long-term benefits until they have left university and become considerably further advanced in their careers. In America – where the average cost of tuition is still much higher than it is in Britain – researchers have attempted to quantify the monetary value of a degree based on students’ career outcomes, and found that a significant minority of students really would have been financially better-off if they hadn’t gone to university in the first place.

Of course, under the post-2012 system the income threshold of £21,000 – below which graduates do not have to make repayments for their loans – is supposed to protect the low-paid from paying the costs of their degrees. Yet this research suggests that on two of its original aims – enhancing consumer choice and improving the student experience – the new system is already failing.