Class or generations? Which is the better analysis for inequality? It’s a debate that reverberates at the highest levels of academic research. Angus Hanton makes the case for the intergenerational lens 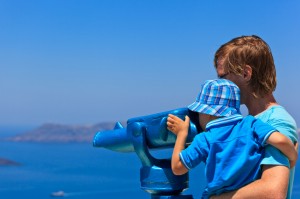 Recently LSE’s Professor Sir John Hills stated that intragenerational inequalities are more important than intergenerational inequalities, meaning that he’s more concerned about differences within cohorts than between them. And, from the left of the political spectrum, there is a constant refrain that everything is “just a question of class”.

This is often accompanied by assertions that the root cause of all our problems is bankers’ pay, the rich getting richer, and unfairness within existing generations. Even Thomas Piketty, in his new book Capital in the Twenty-First Century, observes that “Intergenerational warfare has not replaced class warfare” (page 264).

Of course differences in the UK population are very great in terms of both income and wealth. In round figures, someone in the 90th percentile has about four times as much income as someone at the 10th percentile. That effectively compares people who are near the top of the pile with people near the bottom in income terms. But using the same measures for wealth, those near the top – in that 90th percentile – have almost 80 times the assets of the less well-off who are nine-tenths of the way down, as shown by the figures that John Hills sets out in his book Wealth in the UK.

Of course housing explains much of this large difference in asset wealth because almost everyone in that top group will be a homeowner and almost no one in the bottom group will be. Most of the rest of the difference is explained by pensions, where almost all those in the top tenth will have good pensions and very few in the bottom tenth will have expectations of anything more than the state pension.

Whereas class inequalities have been large for many decades, intergenerational inequalities have not. The idea that you can compare these two and state that one is more important than the other is a bit like saying that gender inequality is more important than racial inequality or, for that matter, that apples are nicer than oranges. It may be that John Hills’ assertion that class matters more is really little more than the circular point that what he’s studying is inequalities within cohorts and therefore that is what is most important to him personally.

So, to make sense of the question of whether class or generation matters most we need a better approach than the gut instinct of people who are studying one area or the other. Two approaches could be adopted:

(a) what the mass of the people care most about at the moment (the subjective approach);

(b) which of these inequalities has changed most in recent years (an objective measure).

Let’s concentrate on actually measuring and look at which has changed most in the UK over recent years. Here we could look at the spending power of younger people as against older ones. The Intergenerational Foundation’s study on spending, Spending Power across the Generations, shows that spending by older people has increased rapidly while spending by the under 30s has dropped, typically increasing the older generations’ relative spending by about a third over the last 15 years or so. This change is surely more rapid than the more general increase in spending by the wealthier parts of society.

Another way to track changes in intergenerational fairness would be to look at our Intergenerational Fairness Index. This suggests that over the last 13 years intergenerational unfairness has risen by about 30%, which again is more than class-only advocates suggest the poorest in society have suffered. Thomas Piketty, for example, doesn’t seem to think that wage inequality has changed much in recent years.

Our index is admittedly only for the UK and is a rough and ready measure taking into account nine different variables, but at least there is an attempt to measure the change in this dimension of unfairness rather than simply asserting that everything comes down to class.