David Kingman reports on a proposed piece of legislation which could lead to the banning of unpaid internships, and ponders some of the issues this raises 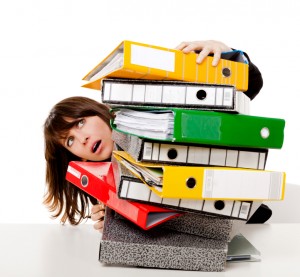 Should young people be expected to work for free? This is the big question at the heart of the debate over unpaid internships, which recently took a somewhat surprising turn with the news that the House of Commons had voted overwhelmingly in favour of a bill that could lead to them being banned.

Yet how close is this to actually becoming law? And would a blanket ban on unpaid internships be the best solution to the issues they raise?

Unpaid internships seem to have risen in profile significantly over the last few years. Unfortunately they are difficult to define, as the position of “intern” currently has no legal status. Essentially, it involves someone doing work – paid or unpaid – for an employer for a fixed period of time in order to gain experience.

Ideally, an internship should be mutually beneficial for both parties: the employer gets a young and willing member of staff for a limited time period, while the intern gets the opportunity to build up some useful experience and make personal contacts in the industry where he or she wants to work. Internships can also serve as a trial period when the intern and the employer can get to know each other, with the prospect that the intern may, at the end of the internship, be rewarded with a full-time paid job if he or she has made a favourable enough impression.

So what’s the problem? Unfortunately, the potential for exploitation is pretty obvious; with so many young people searching for work in the current climate, it isn’t difficult to find young people who are willing to work unpaid for lengthy periods – sometimes as long as six months. The employer can then legitimately cast them aside at the end of the period, without offering them any further employment.

Unpaid internships have effectively become the de facto path of entry into certain industries and professions, especially in advertising, the arts (theatre and galleries), graphic design, the media and charities, which makes it virtually impossible for a young worker to break in to them without doing one.

This raises important questions about social mobility, as many young people are simply unable to work for free unless they have parents willing to support them financially, and free accommodation. Also, because many unpaid internships are informally arranged without being advertised publicly, often only those young people whose parents have the right connections can get them. In other words, the system favours young people from privileged backgrounds. This is why many commentators have claimed that the proliferation of unpaid internships jeopardises social mobility, as they have placed access to the professions out of the reach of many young people from poorer backgrounds.

Is a ban the right answer?

The criticism of unpaid internships has led to calls for greater regulation or a ban on them. This moved a step closer on 13 May when the House of Commons overwhelmingly voted in favour – 181 votes to 19 against – of a Private Members’ Bill proposed by the Conservative MP Alec Shelbrooke. If it receives royal assent, this piece of legislation would limit all unpaid work experience placements to a maximum duration of four weeks, after which the national minimum wage would have to be paid.

Unfortunately, the proposed bill runs up against several of the problems which have complicated previous attempts to regulate internships. Firstly, there is the risk that if the burden employers face for offering work experience opportunities of any kind becomes too onerous then they simply won’t make them available any longer, making it more difficult for young people to fulfil their ambitions in the long run.

Secondly, there are many kinds of organisations – especially charities – which may struggle to afford to pay people the national minimum wage. Lots of would-be interns might be happy to give their time for free to work for such organisations, but giving people a way in which they could voluntarily opt out of the proposed legislation would clearly be open to abuse.

Ultimately, the proposed legislation is unlikely to see much success – very few Private Members’ Bills ever actually become law, usually falling at a later hurdle in the legislative process. Finding a way of regulating unpaid internships which minimises exploitation while still preserving their more useful features is likely to remain an elusive goal.