The Intergenerational Foundation has recently become a signatory to a joint letter by the Early Action Task Force which asks how we can prepare to meet the challenge of our ageing population. David Kingman explains 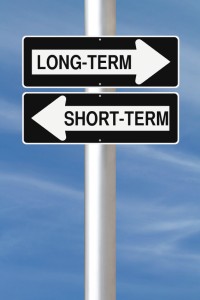 How can we encourage policy-makers, and society as a whole, to look to the long-term rather than just prioritising the here and now? This question is at the heart of IF’s work, which tries to draw attention to the issue of intergenerational justice in the UK.

It is also one of the chief concerns raised by the Early Action Task Force, a group which has been formed by the charity Community Links to encourage long-term, preventative responses to some of the biggest challenges facing our society. That is why IF recently welcomed the opportunity to join the list of signatories of a joint letter which was produced by the Early Action Task Force to coincide with the publication of their latest report on Britain’s ageing society, entitled Looking Forward To Later Life.

Now for the long term

The Early Action Task Force describes its mission as “setting out to the answer the question: ‘how do we build a society that prevents problems from occurring rather than one that, as now, copes with the consequences?’”

Chaired by David Robinson, the senior advisor of Community Links, it was established in January 2011 and is due to run until 2015. So far, they have published two reports: The Triple Dividend, which argued that Britain could gain enormous advantages from restructuring the ways in which government and civil society utilise their resources to focus on early intervention strategies; and The Deciding Time, which set out a framework for how such a shift in policy could be achieved.

The publication of the letter which IF has co-signed has been co-ordinated to appear alongside the Early Action Task Force’s latest report, Looking Forward To Later Life, which argues that ageing is a lifelong process in which the foundations for a healthy old age are laid down much earlier in life, through initiatives such as saving for a pension, building up social networks and maintaining good physical health. People need to be encouraged to start making adequate preparations for their old age much sooner, in order to reduce the challenges we will face from our ageing society later on.

The text of the joint letter which IF has signed – along with representatives from nineteen other organisations – is presented below:

The Joint Letter on our Ageing Society

One in three babies born today will reach 100 years old. Yet, as the Early Action Task Force’s report Looking Forward to Later Life published today shows, the approach of successive Governments to our ageing population has mirrored the approach of many individuals: disjointed, head in the sand, afraid to look too far ahead.

As they grow up and grow older many of these children will use our services: between us we work on behalf of thousands of children, young people, and adults of all ages throughout the UK .

To thrive in old age they will need a supportive childhood, a great education, a well-paid career, opportunities to contribute to their communities, secure savings, a healthy lifestyle throughout life, access to good support and social networks.

And all of this before they reach old age, at which point it might be too late: it is not easy to prepare for later life when we are already old, we can just manage the consequences of what has come before.

We urge government to join us in creating a bold, ambitious, long-term vision for our ageing society. It would take in pensions and social care, but also education and housing, mental and physical health, work and volunteering.

As individuals, and as society, we must learn to look forward to later life. As the Commission on the Voluntary Sector and Ageing has said: it should be an Age of Opportunity.

Lynne Berry, Chair, Commission on the Voluntary Sector and Ageing