David Kingman reviews “Protecting our Parents”, a recent BBC documentary series which raised many difficult questions about how we should care for older people 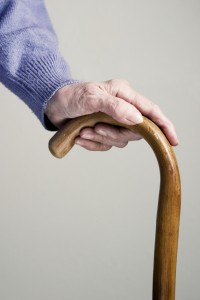 Britain’s old-age care system is often described as being “in crisis”. Demand on the system is rising continuously, as more people are living longer and longer and in poor health, while funding is being squeezed by cuts to local authorities. Just in the last few years, it has been estimated that 168,000 elderly people have stopped receiving help from their local authority with daily activities such as washing, eating and dressing, and millions more are forced to rely on informal support provided by friends and relatives.

Although these are services which help older people, in reality Britain’s care crisis affects people of all ages. This is most apparent from the thousands of unnecessary visits to A & E departments which result from elderly people not being able to access the care they need in a more appropriate setting, which piles massive extra costs onto the NHS each year. It also takes a toll on the economy in the form of younger people (especially women) who need to take time out of their careers to care for their elderly relatives. Recent research suggests that 50,000 people will need to leave their jobs to care for someone with dementia during 2014 alone.

Protecting our Parents, a recent three-part documentary series from the BBC, attempted to demonstrate some of the problems with the current system by offering viewers a fly-on-the-wall glimpse of the day-to-day reality of how old age care works, through a series of case studies filmed in Birmingham. The results – which did not always make for comfortable viewing – posed many awkward questions about how we can reform the system, while handling a very difficult subject with enormous sensitivity and restraint.

The series was divided into three one-hour episodes which were broadcast a week apart on Thursday evenings between 17 April and 1 May. Each dealt with a different group of individuals who were trying to navigate the care system, providing neat examples that illustrated the broader problems.

Possibly the single most important theme which emerged was the way that the current system often struggles to match vulnerable people with the best sort of environment where their care needs can be met. Several of the individuals filmed were no longer capable of living safely in their own homes – even with visits from carers – but found themselves trapped in them for various reasons, for instance because there was a shortage of places which would have been suitable for them in nearby care homes, or because they were reluctant to leave their current place of residence, with the emotional and financial toll which this entails.

This provided a stark illustration one of the great dilemmas of reforming the social care system: elderly people don’t want to sell their homes to pay for care, yet the state simply cannot afford to fund the entire system (nor would it be fair on younger taxpayers for them to do so).

This series of programmes demonstrated just how resistant many elderly people are to having to sell their homes to pay for care, with several of the people it featured putting themselves in a living situation which was positively dangerous to their health as an alternative. One of the women it showed had been reduced to living in a single room in her house because it was the only part that she could safely gain access to, and had been hospitalised on multiple occasions after suffering falls; while another, who was bed-bound, was phoning 999 more than 50 times a month to request help with making herself more comfortable.

The programme also did a remarkable job of demonstrating how, if elderly people can no longer live at home, hospital wards often become the places of first resort for them while the search for a suitable place in a care home carries on. Evelyn, a woman featured in one of the episodes, was suffering from advanced dementia, making her prone to violent outbursts and episodes of erratic behaviour, but was left living on a hospital ward for over two months while social services tried to find a care home which could accept her. The nurses were regularly reduced to calling the hospital security team on to the ward to physically restrain her when she became too aggressive for them to handle.

The struggle to find the right places for people like Evelyn demonstrates one of the other recurring themes from this series: the lack of joined-up thinking and funding between the NHS and social care services. Much has been written about this topic already, but these documentaries brought home the extent to which medical staff and social workers belong to almost separate universes, working in separate buildings, with separate staff, and addressing a completely different set of priorities.

At times, they almost appeared to be competing with each other, with those in the hospital trying to vacate beds as quickly as possible so that more people with genuine medical needs could be treated, while the social workers were trying to find long-term care solutions which were both practical and affordable. Although all of the people working in the system appeared to have the best interests of the patients at heart, the danger of someone “falling through the cracks” between the two systems was obvious.

What about the future?

This series showed that the system, as it stands today, is riddled with problems; but several of the people interviewed said that their real worry was what would happen in 10 or 15 years time, when demand is forecast to be much higher.

There are no easy solutions. If anything, the series made the future for old-age care appear even bleaker than it did before by focussing on areas where the much-touted Dilnot reforms will have little impact, such as addressing the shortage of suitable places in care homes.

One of the big questions which lurked in the background was what the role of the state should be. As mentioned above, it would be grossly unfair on younger taxpayers to introduce a fully state-funded system; yet these programmes also made it clear that the exchequer ends up bearing huge costs anyway because of how the current system leads to increased demand on the NHS and other public services.

And the programme-makers repeatedly emphasised to the viewers that the demands placed on the system are going to carry on rising; dementia already costs the UK £23 billion per year, and in just over 25 years time the number of people affected is expected to double, and the costs of dealing with it are expected to treble.

How the system can be expected to cope with that is anyone’s guess, because as these programmes made clear, it is currently in a very fragile state just as things stand.