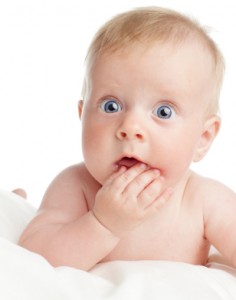 Almost everybody is aware these days that Britain has an ageing population; there are now more over-65s than children. Yet a development that has received far less attention is the fact that since the beginning of the 21st century, the UK has experienced a baby boom.

As this larger cohort of babies is now starting to grow older, they are beginning to put increased pressure on the public services which they use. This, in turn, raises a host of challenging questions: Can Britain deal with having a baby boom and an ageing population at the same time? How can we be intergenerationally fair to both age-groups? Unfortunately, there are few easy answers…

At first glance, the story of Britain’s birth rate since the Second World War looks very easy to summarise. By far the most significant development was the long post-war baby boom between 1946 and 1964, when the number of live births in England and Wales averaged nearly 756,000 per year, compared to 612,000 during the 1930s. Fertility then declined precipitously between the mid-60s and mid-70s and has never come close to those earlier levels again. The average year between 1975 and 2000 saw over 110,000 fewer births than during the boom years, despite there being more women of child-bearing age.

However, demographers have now started paying a lot of attention to the fact that since the year 2000, fertility has begun climbing upwards again. Data from the ONS shows that there were almost 730,000 live births recorded in England and Wales during 2014, up from 604,000 at the turn of the century. Furthermore, the rate of fertility per woman has also been increasing, having recently hit 1.94 children per woman, while it had been as low as 1.66 in 1976.

This fact is significant, because it means that the increase in the birth rate is explained by each woman in the population actually having more children, rather than there just being more women of child-bearing age around. This is increase in fertility is in part caused by immigration – foreign-born mothers now account for roughly a quarter of all UK births – but the significance of this factor has been somewhat overplayed by the media; the birth rate among UK-born women has also been rising for various reasons, including the development of fertility treatments which enable older women to carry on producing children for longer.

This baby boom will have wide-ranging implications for public services, especially because it has coincided with the ageing of the post-war baby boomers and the worst economic crisis since the 1930s. A large share of these new births have been concentrated in London, where local authorities are already struggling to cope. Baljit Bains, the head of the Greater London Authority’s demography unit, was quoted by The Economist in 2012 saying “We thought we had it nailed. We were a typical industrialised country, with fertility dropping and economic prosperity. Then these crazy fertility numbers came, and the economic downturn….”

The article which used his quote referred to a number of examples of cases where public services are already being over-stretched, such as a hospital in East London which is designed to handle 8,000 births a year but now has to cope with 9,000–10,000, and the particularly extreme case of Barking and Dagenham’s primary schools, which will have to increase their capacity by 43% between the 2010/11 and 2015/16 academic years. Across the country, primary schools in general are now starting to feel the squeeze, with rapidly increasing pressure on buildings and teaching resources, as a recent BBC article makes clear. This is also leading to increasing conflict between parents over how school places are allocated, as places at the best schools are becoming even more heavily oversubscribed.

What is today’s problem for primary schools will inevitably become tomorrow’s problem for secondary schools and universities, and it will eventually lead to higher demand for housing and jobs. And this has been another reminder that how many children people decide to have – like most elements of human nature – is inherently unpredictable. Nobody can say with any certainty how long this trend will continue.

Fairness for all generations?

In the longer term, a rising population should be good for Britain. More people should add more workers, leading to higher growth and higher tax revenues to pay for services and benefits. However, before we reach that point Britain’s policy-makers will have to address the three-pronged challenge which was alluded to earlier; ageing baby-boomers, a high birth rate and the economic crisis. This implies that tough choices about public spending will need to be made.

Local authorities will be in the front line of this challenge. In addition to the capacity crunch which is taking place in schools, councils are being forced to tighten their belts in many other areas as well: research released in March suggests that 250,000 older people have lost access to state-funded social care over the last four years, while the amount councils spend on services for teenagers has fallen by 36% over the past two years.

Most dramatically of all, in 2012 Barnet council (in North London) produced the so-called “Barnet of Graph of Doom“ which illustrates how over the next 20 years demographic pressures – Barnet is projected to have 17% more 5–9 year olds and 25% more people aged 90+ by 2016 – will leave them financially incapable of delivering anything other than adult social care and statutory children’s services. This means that there would be no money left over to provide all of the other services that local councils are supposed to fund: rubbish collections, parks, libraries, leisure centres, highway repairs and so on. Although this is an extreme projection, designed to ram home the point, it illustrates the financial pressure that many councils will be under all over Britain.

So what is the answer? Clearly, there needs to be some kind of new settlement about what services local authorities are expected to provide for residents of all ages, both young and old. Some things which are not currently legal requirements ought to change – for example, does it really make sense to give councils the right to cut back on services for teenagers when their numbers are growing so rapidly? Meanwhile some things which are currently mandatory need to be re-thought, such as providing free transport to all pensioners regardless of wealth.

Unless we build a system which is fair to all generations, the conflicts caused by demographic change are only going to get bigger.