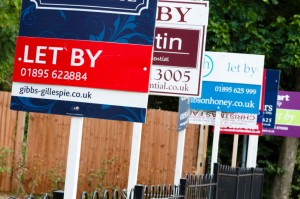 A significant proportion of private rental tenants describe themselves as “floating voters” whose political allegiance will be up for grabs at the next general election, according to new research.

This finding, which was revealed by a ComRes poll of 1,004 private renters conducted on behalf of Generation Rent, a campaign group that was formerly known as the National Private Tenants Organisation, should place additional pressure on MPs campaigning in marginal seats with a high number of private renters to take their concerns more seriously. It suggests that housing policy may well turn out to be one of the defining campaign issues at the 2015 general election.

A total of 9 million people live in the private rental sector in England alone, and this research suggests that over a third of them (35%) are “floating voters” who tend to change which party they vote for from one election to the next.

Generation Rent have also identified 86 key marginal Westminster seats where the sitting MP currently has a majority which is smaller than third of the local population of private renters. If any of the major political parties can appeal to a large enough share of private renters with their manifestos then it could have a decisive impact on the election overall.

Other findings from Generation Rent’s survey illuminated some of the problems facing private renters. It revealed that 33% of the participants had cut back on the amount they spent on food because they had too little money left over once they had paid their rent bill, while 39% said they had been forced to cut back on heating. Overall, 52% claimed that the cost of renting was the biggest problem with living in the private rental sector.

Strikingly, two-thirds of the renters surveyed said that the main reason why they live in the private rental sector was because they cannot afford to buy, even though they would like to, which refutes the claim that today’s young people are choosing to rent because they prefer the flexibility and lack of commitment which comes with not owning their own property.

The political implications of the long-term shift towards renting among today’s young people only recently seem to have been acknowledged by politicians and commentators.

The Conservatives have traditionally been viewed as the party which is most in favour of spreading home ownership, particularly because of the “Right to Buy” policy that was introduced under Margaret Thatcher during the 1980s, which enabled millions of social tenants to purchase their own homes for the first time. More recently, Tory Chancellor George Osborne has launched the “Help to Buy” scheme, which is aimed at enabling would-be homeowners who can’t afford a deposit to access the housing ladder – although critics have claimed that this will merely stoke record house prices even higher.

Labour and the Lib Dems might possibly be seen as the parties which would be more inclined to stand up for tenants’ rights – given that a large share of Conservative support is currently derived from well-off older homeowners – but they have both been largely silent on policies which are specifically aimed at private renters so far.

Interestingly, a major survey published earlier this year which profiled 14,000 members of the electorate against their voting habits and demographic characteristics found that private renters were disproportionately likely to support the Lib Dems.

Overall, 17% of the people surveyed who support the Lib Dems said that they were private renters, compared to 14% among those who support Labour and only 9% among the Conservatives. This is partly because – according to the survey’s other findings – Lib Dem supporters are largely well-educated young adults living in cities in the south of England, which also means they are particularly likely to be renting. In theory they ought to be fertile territory for the Lib Dem campaign strategists to target. Whether they will or not is another matter.

This is because of the big caveat hanging over these findings, which is that private renters are a group who traditionally haven’t exercised their electoral power very effectively. Research by Shelter suggests that only 58% of private renters are currently registered to vote in the areas where they live, compared with 90% of owner-occupiers. Many private renters change address frequently because of shorthold tenancies, meaning that their electoral roll registration can easily lapse without them realising it.

This problem may be exacerbated at the next general election by changes to the electoral roll system which mean that many more renters will have to register themselves to vote when previously it would have happened automatically. Unfortunately, this is likely to undermine their political influence, making parliamentary candidates much less likely to pay attention to them.

Overall, Britain’s politicians will be taking a big risk if they choose to ignore the growing significance of private renters as a political interest group; but renters will have to do their bit by voting if they want their concerns to receive more attention.