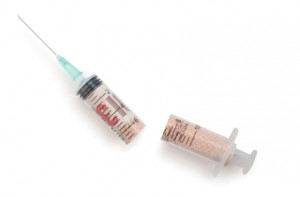 England needs a new settlement governing its health and social care systems if they are to survive and deliver the services that patients need in the 21st century, according to the new Interim Report from the Barker Commission on the Future and Health and Social Care, a major long-term policy review which is being supported by the King’s Fund.

Is social care a problem for young people?

The Barker Commission took as a starting point the idea that health and social care services will need to be much more closely integrated in the future, and then assessed the practicalities which creating such a system would be likely to involve.

The point which the report emphasises is that there is a yawning gulf between how the NHS and the social care systems in England are currently organised, which has mostly come about for historic reasons. The NHS is a nationally-organised service where most treatments are free at the point of use; social care, by contrast, has always been the responsibility of different local authorities, each of which coordinates services on a local basis, and it involves far higher costs for the individual.

One of the consequences of population ageing is that more and more people are being diagnosed with chronic conditions which require long-term care, such as dementia, meaning that growing numbers of people are being moved between these two systems, and too many of them are finding that they fall through the cracks in between.

The separation of budgets between health and social care has had major consequences during the current era of austerity. Spending on healthcare has officially been “ring-fenced” by the Coalition Government, although – while its budget has been fixed in real terms – demand on the service has been rising, meaning that the NHS has still been forced to make cutbacks. However, the councils which are responsible for funding social care have suffered dramatic falls in their budgets. Councils have been forced to toughen their eligibility criteria for state-funded support, which fewer people now receive as a result.

Although social care is usually seen as something which mainly affects older people, the Interim Report emphasises that the flaws in the current system also affect younger people too. Roughly half the total amount of public money spent on social care actually goes on people below retirement age, such as those with serious learning disabilities and mental health problems. Their care is also being squeezed: the number of people aged under 64 who receive publicly-funded care has decreased by 17% since 2005/06.

It is also estimated that an army of 6 million people currently work as unpaid carers for friends and relatives who need care – a burden which mainly falls on younger people who look after their elderly relatives. There is also the inescapable fact that younger taxpayers foot most of the bill for the NHS, which is made more expensive by older patients who suffer emergency admissions and take up space in hospitals when they should be receiving long-term care elsewhere instead.

The benefits of developing a new settlement between health and social care would be felt by people of all ages, particularly today’s young people who would feel the peace and security which comes from knowing there is a settled system to look after them when they reach later life themselves.

How could the system be reformed?

The Barker Commission’s Interim Report makes the obvious point that there are essentially two means of creating a new settlement: either healthcare will have to become more like social care (i.e. make more use of means-testing and payments from patients) or social care will have to become more like the NHS (with a much greater entitlement to taxpayer-funded services).

Either solution would have clear drawbacks. Demanding a greater contribution from patients would be extremely unpopular politically (although the report emphasises that charges have accounted for a much larger share of NHS funding in the past, and the fees charged to patients in England are extremely low by international standards; on the New Zealand health service it can cost you up to £40 to see your GP). Even if this could be overcome, asking patients to pay much would risk disenfranchising those for whom the fees are too expensive, while the authors are against means-testing, arguing that “services which are designed for poor users tend to become poor services.”

As for the alternative – publicly funding more social care services – the cost of choosing this option would be very hard to swallow. Local authorities already spend over £17 billion per year on adult social care, and the report estimates that at least another £12 billion is spent privately by individuals. Bringing a significant proportion of these costs onto the NHS balance sheet would require large amounts of resources to be redirected from other areas of spending, stretching the public finances even further.

So what can we do? The report makes a handful of suggestions, but ultimately the Commission is interested in hearing proposals from interested parties about how we can address one of the great public policy challenges of modern times.

The Commission is holding an open Call for Evidence. Any individuals or organisations who would like to suggest a vision for how a new settlement between heath and social care could be achieved, or has ideas to contribute, is welcome to respond online to: http://www.kingsfund.org.uk/projects/commission-future-health-and-social-care-england/call-evidence