The recent report by the United Nations’ Intergovernmental Panel on Climate Change (IPCC) reiterates its alarming message about the world’s failure to address the forecast consequences of climate change. Adam Levy, a doctorate student at the Department of Atmospheric, Oceanic and Planetary Physics in Oxford, assesses the implications 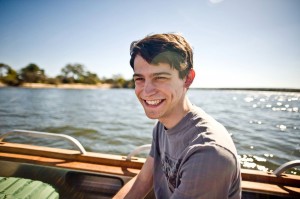 On 31 March the IPCC released its 2,000-page Working Group II report detailing the impacts that man-made climate change will have across the globe. This immense document pulls together thousands of scientific and socioeconomic sources to detail just how far-reaching the impacts of unmitigated climate change will be. It makes for unsettling reading.

As the globe continues to warm, increases in evaporation will outpace those in precipitation in many subtropical regions, leading to scarcer water supplies and strengthening competition for this vital resource. Rising temperatures will also negatively affect global food production and, combined with increasing populations, this could damage all aspects of food security. Changing weather patterns could force many people from their homes, particularly in poorer countries that are ill-equipped to adapt at the rate required. Indeed, coupled with scarcer resources and a slowdown in economic growth, this could serve to amplify the largest challenges our civilisation currently faces – from poverty to regional conflicts.

This certainly paints a bleak picture of our future in a hotter world. So what can we do to avoid this fate, and are we on track?

To answer this, we need to understand what our goal is. Many climate scientists argue that if we can prevent the average temperature of the Earth’s surface from rising more than 2°C above pre-industrial levels, the most serious consequences of climate change – such as the complete loss of the Greenland ice sheet, which would eventually raise sea levels by 7 metres – could be prevented. Indeed, the Copenhagen Accord – the closest thing to an international agreement on climate change – emphasises the need to limit global temperature changes to 2°C. So, to all intents and purposes, this is the target that both scientists and policy-makers focus on. But what does it actually mean in terms of our carbon-dioxide emissions?

Changes in global temperature can be linked directly to the amount of carbon-dioxide we pump into the atmosphere. This is referred to as the climate’s sensitivity to carbon-dioxide. Much work has gone into calculating this sensitivity, and our current best estimate is that the climate warms by about 2°C per trillion tonnes of carbon released into the atmosphere. A trillion tonnes is about three times the weight of carbon in all the world’s tropical forests. This may seem like a lot, but it represents only a small fraction of the world’s available fossil fuel reserves.

This climate sensitivity tells us that if we want warming to stay under 2°C, we can only emit one trillion tonnes of carbon. Ever.

We’ve already emitted more than half a trillion.

Knowing this, we can work out at what rate emissions should be falling to avoid the world warming by more than 2°C. To prevent us from ever emitting a trillion tonnes of carbon, emissions should be falling by about 2.5% year on year. It’s hard to get a sense of what this number means until you compare it to the progress that is actually being made on global emissions. It turns out that emissions are actually rising year on year by almost exactly the same figure (about 2.1%). It’s been almost 25 years since the first IPCC report, and we’re still heading in completely the wrong direction.

This highlights the huge disconnect between the intended goals of the Copenhagen Accord and the actions of the states that signed it.  If we carry on like this we will likely emit the trillionth tonne of carbon as soon as 2040. While the exact date for crossing the 2°C threshold is subject to some scientific uncertainty, the policy implications are the same regardless.

How can we be achieving so little, while faced with such a serious threat? As with many intergenerational issues, there is a sense that climate change won’t affect us. Although climate change denialism is no doubt partly to blame, even those who accept the science tend to believe that rising temperatures won’t be an issue for many decades to come, and will primarily affect poorer nations. This perception allows both the public and, consequently, politicians to push tackling global warming to the bottom of the agenda.

The reality, though, is that we’re already beginning to feel the effects of climate change across the world. Scientific advances enable us to estimate the extent to which climate change contributes to the frequency and intensity of extreme weather events happening today, helping make real what has until recently seemed all too abstract a threat.

For example, in a recent study Oxford scientists ran thousands of simulations on volunteers’ home computers in order to demonstrate that the 2010 Russian heat wave – which tragically claimed several thousand lives – was made three times more likely due to climate change, as a warmer world is biased towards more unusually hot events. Using a similar approach, scientists are now trying to quantify the role climate change played in the recent UK floods, which cost the country more than £1 billion. If the floods were made even 50% more likely by global warming, we could still attribute more than £300 million of costs to the changing climate.

This is what renders the new IPCC report such uncomfortable reading. Not only does it point out just how bad things could get, it also details the ways in which we’re already suffering the consequences of unmitigated emissions. By tying global warming to the impacts we are feeling today, we can only hope to motivate political will to action as soon as possible. After all, if we fail to act, the consequences could be truly disastrous both for us, and for all generations to come.