It was one of President François Hollande’s election pledges: an intergenerational approach to the workplace designed to tackle youth unemployment and reaffirm the value of older workers heading for retirement. But, as Antony Mason explains, the response has been lukewarm 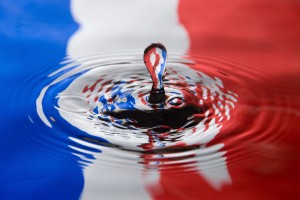 In December 2013 Disneyland Paris announced, with great fanfare, that it had signed an Intergenerational Agreement with trade unions which would enshrine three aims: “to establish lasting professional integration for young job-seekers; ensure older workers are hired and kept in their jobs; and perpetuate the sharing of skills and know-how”. It promised to recruit 600 under-26s and 75 over-50s during the next three years.

In January 2014 Renault announced a similar, but numerically more significant agreement with the unions. Over the coming three years, it will take on more than 2000 young people each year under work/study contracts and sign 800 youth employment contracts, as well as preserve the proportion of over-55s at 14% of the workforce. A scheme of systematic support for young employees will be provided through tutors and apprenticeships, 30% of which will come from internal training, some of which will be supplied by those older workers.

Other large enterprises have done the same: Solvay, Thales (aerospace, defence), Vallourec (supplier to the energy industry)… Why is French industry suddenly so uniquely enlightened?

The answer is: they have to be, by law. From 2011, during his presidential campaign, François Hollande had cited his “Contrat de Génération” as the solution to France’s enduring problem of youth unemployment; when he was elected in May 2012 this stood at nearly 24%, and had risen to 25.6% by the end of 2013.

The Contrat de Génération could be seen as a way of addressing France’s ossified labour market which, with the help of powerful trade unions, locks older, established employees into secure, long-term jobs with generous pensions and benefits, and favours a “who-you-know” habit of recruitment, while freezing out the young or presenting them with the perpetual insecurity of short-term contracts – a classic “insider vs outsider” problem. A drive for increased employment for the young, with better job security, was to be balanced by reassurances for older workers heading towards retirement.

So the Contrat de Génération was introduced by law in March 2013, obliging all businesses to sign up to it by 30 September, or face a fine: they either had to negotiate a contract with the unions, or at the very least come up with a plan to meet the stipulations of the law. In fact, so few enterprises met these requirements that the deadline was extended, at first indefinitely, and then (on 29 January 2014) to the end of March.

The aims of the Contrat de Génération look admirable on paper – or at least on the website of the French Ministry for Work, Employment and Training.

Any enterprise with more that 300 workers would have to negotiate the details with the unions, and produce a plan. Small and medium-sized enterprises, with under 300 employers could benefit from a subsidy of €4000 a year to employ someone under the age of 26 while maintaining someone else over the age of 57 (or recruiting someone new who is over 55) with a view to handing down skills and expertise.

Well, quite a lot, it seems, as a recent article in Le Monde explains. Most enterprises have responded by complying, just as they comply with a stream of government directives. But the figures for recruitment – it is claimed – correspond largely to how they would have looked anyway. After all, any forward-looking business will be recruiting young staff to replace older staff, who will hand on the legacy of their experience. There is little value, as Le Monde points out, in trying to institutionalise this process.

As for the intergenerational exchange of know-how, many have grumbled that this is a rather old-fashioned view of the world of work: in fact, these days it is frequently the case that younger workers – often entering the workplace with fully formed skills in IT and social media, for example – end up training their elders.

Meanwhile, many SMEs are delighted to receive €4000 p.a. for simply carrying on as they had always intended. On the other hand, if they don’t so intend, €4000 is not a sufficient sum to persuade them to do so.

The policy will cost an estimated 920,000 euros in government spending by 2016. Money well spent? It will be very hard to quantify.

The concept of the Contrat de Génération may be admirable, and undoubtedly promotes awareness of intergenerational employment issues. But to many it is a heavy-handed, bureaucratic scheme that does little to provide a real stimulus to combat high youth employment. The best solution to that would be a genuinely vibrant economy.