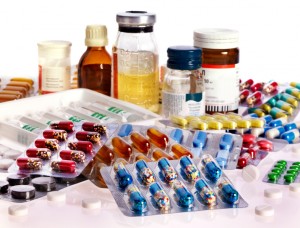 In England, a trip to the doctor is often followed by a nasty surprise for people who expect treatment to be free on the NHS. If you are prescribed any medication, and you are not fortunate enough to belong to any of the groups whose prescriptions are provided for free, then you are currently hit by a charge of £7.85 per item (this is now scheduled to rise to £8.25 by next April).

The way in which NHS prescription charges work raises a number of important questions about fairness – especially between the generations – which are becoming increasingly urgent as the cost goes up. Is it time for a dose of some hard-to-swallow medicine?

Prescription charging was not originally part of the NHS when it was first inaugurated following World War Two; patients weren’t asked to contribute towards the cost of their medicines until 1952, because of concerns over NHS funding.

The system of prescription charging which we have today contains many peculiarities and inconsistencies. For a start, all prescriptions cost the same amount; this means that the patient benefits from a subsidy if their medication is very expensive, or they can be overcharged if it is very cheap. It also means that patients are penalised for suffering from conditions which require treatment with multiple courses of medication simultaneously, as they have to pay the full charge for each item they are prescribed.

Over the years, an ever-growing set of patients have been excused from NHS prescription charges in the interests of fairness; the NHS Choices website offers a full list of all the different types of patients who are now eligible for free prescriptions, but this category includes everyone who is aged over 60 and under 16, 16–18 year olds in full-time education, women who are pregnant or breast-feeding, working-age people on benefits, and those who suffer from certain long-term disabilities, chronic conditions and types of cancer.

Geographically, prescription charges now only apply to NHS patients in England, having been abolished by the devolved administrations in Wales (2007), Northern Ireland (2011) and Scotland (2011). The establishment where drugs are prescribed matters too; NHS inpatients face no charges, whereas as outpatients do.

Strikingly, the BBC estimates that as a result of all these exceptions and exemptions within the system 90% of the prescriptions in England are currently dispensed free of charge (see link in the first paragraph). They also quote Health Minister Earl Howe, who argued that higher charges are necessary because spending on medications is rising:

“This government has made tough decisions to protect the NHS budget and increase it in real terms, but charges for some items remain an important source of revenue to support the delivery of high quality NHS services. This is particularly important given the increasing demands on the NHS, with spending on medicines alone almost doubling since 2000.”

The current system is so riddled with exemptions and exceptions that it has almost become nonsensical; the piecemeal manner in which different groups are excused suggests it lacks any overarching strategy or philosophy regarding what aims prescription charging is trying to achieve.

Clearly, the fact that prescription charges currently fall on such a limited range of NHS patients raises important questions about fairness. As in many areas of health spending, there are no easy answers; the government has to walk a difficult tightrope between trying to avoid penalising people just because they have the misfortune to fall ill with creating a system which is economically sustainable. Inevitably, there will always be winners and losers.

However, given that older people consume a disproportionate share of NHS resources, surely one of the difficult questions which needs to be asked is whether it is fair for all the over-60s to receive free prescriptions? .

How could the system be changed?

A report published last year by the think tank Reform argued that there is a strong case for exempting wealthier pensioners from free prescriptions in order to raise additional revenue and reduce the burden on younger people on lower-incomes. They pointed out that almost 60% of all drugs prescribed on the NHS are currently given free-of-charge to the over-60s, and that many other European countries expect pensioners to meet a greater share of their medical costs than they do in Britain. In France, only 20% of medications are prescribed free of charge, mainly to those who are on low incomes regardless of age, a policy which enables them to get away with charging a much lower fee for each item.

Means-testing has generally been discouraged in NHS policy-making, although the current situation is inconsistent in this regard; people of working-age can get free prescriptions if they are receiving certain government benefits, but all over-60s are exempted universally. It would not be too much of a stretch to restrict free prescriptions to pensioners who receive Pension Credit, or who have an income which is below a certain threshold, so that those who are genuinely too poor to afford their medication aren’t penalised.

Medical expenditure per person tends to rise in line with age, so a simple reform could be made by raising the age of eligibility to above 60, perhaps so that it aligns with the state pension age in future.

Many well-off pensioners would find it a bitter pill to swallow if they lost access to free prescriptions, but the key point which should be emphasised is that there are many victims under the current system, especially young workers on low incomes who find they have to go without vital medications because they can’t afford the cost; an article published by The Guardian tells some of the stories of people in this position.

In an ideal world, all medication offered under the NHS would be free and nobody would be penalised for falling ill. However, given the economic constraints facing the NHS, we need a system which penalises those who have the fewest resources the least – regardless of how old they are.