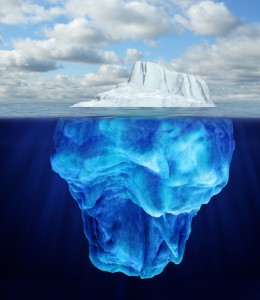 The scale of the financial burden facing the next generation has been highlighted by new research from the right-of-centre think tank the Institute of Economic Affairs.

Their report, entitled The Government Debt Iceberg, analyses the situation facing the governments of the USA, the UK and across continental Europe and argues that will all have to implement either swingeing spending cuts or significant tax rises if they want to keep their public finances on a sustainable footing as their populations age.

The IEA argues that the current generation who are middle-aged and older in all three of these regions has promised itself generous public services and retirement benefits in the future without taking the necessary steps to fund their provision. The case for reform is urgent, but this report highlights how uncomfortable many of the necessary steps are likely to be from a political standpoint.

Overall, it raises the question of whether they will have the necessary determination to see them through, or whether these problems are likely to simply be handed on to the next generation instead.

The IEA report makes three key sets of points about the situation which the governments of Europe, the USA and the UK have got themselves into. Firstly, it emphasises how vast the scale of the unfunded liabilities for public spending really is by expressing them in terms of the scale of reforms that would be necessary if they are to be honoured fully.

For example, the IEA estimates that the negative demographic outlook across EU member states is such that for governments to meet their spending commitments in full, consumption taxes (such as VAT and fuel duty) would either have to double, or the level of health and social spending would have to be reduced by half. They argue that in the UK, in order to meet current spending commitments over the long-term without raising taxes, total government spending would need to fall by more than a quarter. The scale of these estimates is striking, and goes far beyond even the austerity measures which have already been introduced by the present Coalition Government, which have been unpopular enough on their own.

Secondly, the IEA emphasises the point that government liabilities resemble an “iceberg” because most of them are hidden. They argue that debt levels should be expressed in terms of the proportion of future GDP which will be required to pay them off.

The difference between the official national debt and the total value of all liabilities – which includes pension and healthcare commitments – can be staggering. For example, across the EU, the explicit debt which countries have inherited from the past is already worth 85% of current national income, which means that it would require tax payments worth 2.1% of projected future GDP a year until 2060 to pay this off. However, future spending commitments – principally to cover pensions and healthcare – will add eat up an additional 11.5% of our taxes each year, meaning that a very large proportion of Britain’s future resources have in effect already been mortgaged by the present generation just to cover the costs of ageing.

This burden is being passed on to future generations because they lack the ability to speak for themselves, whereas most politicians are extremely worried about trying to reform these systems in ways which will create losers in the present day.

The third important point which the IEA emphasises is that economic growth – often touted as a solution to the problem of an ageing society – is unlikely to act as a solution by itself. The report makes the point very strongly that most of these types of spending commitments, especially pensions, are either linked to changes in wage growth or they are inflation-proof; in other words, the liabilities will continue to expand alongside the economy once it starts growing impressively again.

This report from the IEA contains plenty of provocative information about the scale of the challenge which lies ahead for today’s politicians if they want to get to grips with the cost of our ageing population. It emphasises that countries across the developed world will probably need to take bold action if we don’t want to hand an unsustainable burden on to our children.