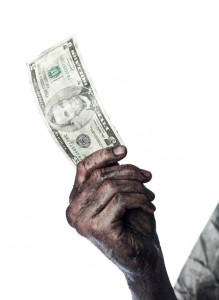 The fact that carbon dioxide is a gas makes the warning contained in a recent report from the House of Commons Environmental Committee about the dangers posed by a “carbon bubble” feel fitting.

However, the talk of a carbon bubble has nothing to do with its chemical properties – instead, it refers to the serious danger posed to our economy by the amount of money which is currently riding on hydrocarbon-based assets that will be radically devalued as we switch to a low-carbon economy. The climate of investment surrounding hydrocarbon-burning companies is changing rapidly, and unless we deal with this problem today, future generations will be in danger of suffering great economic hardship.

What if the carbon bubble bursts?

The problem is fairly easy to explain. Extracting hydrocarbons from the ground in the form of oil, coal and gas is currently very big business. The major corporations which do this tend to have extremely high market valuations – four of the world’s top twenty most valuable firms are involved in the oil and gas sector, for example, with a combined market capitalisation of over $1 trillion.

However, a growing number of commentators have begun to argue that many of these firms are currently overvalued because their current worth is based on the enormous stocks of hydrocarbon resources they own that are still in the ground but which they are expected to extract over the coming decades.

The problem is that in order to restrict global temperature increases to less than two degrees below pre-industrial levels (the threshold which current diplomatic efforts to address climate change are targetting), most of this carbon cannot be burned. Many of the world’s largest emitters – led by a number of European countries – have created legally binding statutes and signed up to international agreements which are supposed to prevent them from letting their emissions reach a level where the two-degree cap would be breached. Therefore, they are rapidly adjusting their energy infrastructure to consume fewer hydrocarbons – meaning the companies that have previously made so much money out of selling them are having to deal with a rapidly changing world.

The scale on which hydrocarbon burning is due to be reduced is quite staggering. According to the Carbon Tracker Initiative, an environmental NGO, publicly-listed companies around the world currently have the equivalent of around 762 billion tonnes of CO2 registered on their books as assets in the form of oil wells, coal mines and so on. In order to meet the two-degree target, between 60% and 80% of this will need to remain in the ground, rather than being exploited.

The risks that this poses to the balance sheets of major carbon-extracting companies was the theme that the recent report from the House of Commons committee chose to highlight. In the words of its chair, Joan Walley, MP:

“The UK Government and Bank of England must not be complacent about the risks of carbon exposure in the world economy. Financial stability could be threatened if shares in fossil fuel companies turn out to be overvalued because the bulk of their oil, coal and gas reserves cannot be burnt without further destabilising the climate.”

This is a problem for pension funds especially, which in recent years have tended to invest in oil and gas companies and electricity utilities because they have a history of generating steady, predictable returns over long periods of time. If the investment role which such companies play in the economy diminishes, these investors could be in for a nasty shock.

This trend is already well under way in Germany, where the country’s radical Energiewende (energy transition) has given sustainable energy a huge boost through generous feed-in tariffs and preferential access to the national grid. According to The Economist, this policy has been one of the main reasons why the total market capitalisation of European energy utilities has fallen by 500 billion euros over the past six years, at great cost to their employees and investors.

Can we deflate the carbon bubble?

Of course, a fundamental transition away from a carbon-intensive economy is necessary if we want to deal with global warming. However, the concern over a carbon bubble does demonstrate that – in the interests of future generations – we need to try and find a way of doing this while minimising the economic shocks involved. In other words, we need to try and deflate the bubble slowly rather than allowing it to suddenly burst.

The House of Commons Committee’s report also suggested a possible solution to this problem. One of their arguments was that there has been serious underinvestment in green finance, despite attempts to encourage its growth. In particular, £200 billion of investment will be needed to achieve the climate-change reduction targets that Britain has signed itself up to, but the committee claims that less than half of this has been found so far.

Clearly it won’t be easy, but if ways can be found to convince major investors to factor in the long-term carbon exposure of businesses when they make their investment decisions, then green investments could suddenly become much more attractive. That would not only be good for their returns, it would be good for the planet as well.