English councils may be cutting-back on the services they provide to fund free travel for older residents. Does this mean we should scrap the free bus pass as a universal benefit? David Kingman looks at the arguments 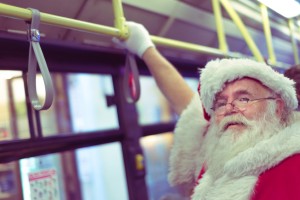 Most people are aware that one of the “universal benefits” which older residents receive in Britain is the so-called free bus pass, or the “Concessionary Travel Scheme” to use its official name. This is supposed to guarantee free off-peak travel on buses to everyone who has either reached the qualifying age or has a specific disability.

However, the cost of this benefit is rising as Britain’s population ages. Now, the Local Government Association has warned that because of cuts in central government funding, local councils have had to make major changes to how they fund the Concessionary Travel Scheme, which includes cutting services for other age groups.

IF has previously undertaken research which shows that the Concessionary Travel Scheme disproportionately benefits wealthy pensioners, many of whom could afford to pay for their own travel. So, has the free bus pass had its day?

Who foots the bill?

Under the Concessionary Travel Scheme, English councils are required by law to provide free use of local bus services to all men and women who have reached at least the current female state pension age (this is gradually being increased to 65 to achieve equality between men and women, and will then rise steadily thereafter in relation to increases in average life expectancy). Concessionary travel is a devolved issue, although similar schemes also exist in the other parts of the United Kingdom.

Older people who live in London receive a far more generous scheme than their counterparts who live in the rest of the country: known as the “Freedom Pass”, it allows them to use the whole wealth of London’s public transport services, including buses, commuter trains, the Underground and Overground services, for free.

By all accounts, the scheme is extremely popular; according to the BBC, 10 million elderly and disabled people are now in receipt of a free bus pass, and they account for a third of all bus journeys in England. Local authorities pay for the scheme by reimbursing bus companies for the average cost of a ticket which the free passenger would have bought if they had been paying for their journey themselves.

According to the government’s official guidelines to councils on the Concessionary Travel Scheme, the funding which pays for this is supposed to come via central government as part of the block grant which the Department for Communities and Local Government sends to all councils to fund local services. However, the Local Government Association has recently protested that many of its members are struggling to pay for the scheme because, they argue, central government support has been cut by roughly £261 million since the Coalition came to power.

This puts local councils in a difficult position. As the government’s guidelines make clear, councils have a duty to provide these transport concessions which is fixed in law, yet the amount of funding which they receive to fund them is not fixed – it is supposed to be calculated on the basis of a formula which the government is free to amend as it sees fit.

Under the current situation, if the funding is reduced then councils have no choice but to continue providing the transport concessions – even if this means cutting back on the other services which they are supposed to provide. According to the BBC article which is referred to above, some councils may already be going down this path. A number of local authorities have been forced to strip back the transport services they offer to the minimum required by law, which means that dedicated school buses have been cut, for example, while some councils have had to abolish certain bus routes which are particularly uneconomic, hurting everyone who relies on them.

The diversion of resources away from other valuable uses and towards subsidising free transport for older people, also raises strong questions about intergenerational fairness. As Peter Osborne, a Conservative member of Leicestershire County Council, has argued: “The local government spending squeeze means what is required by law is undeliverable unless county councils put in extra subsidy. Is it fair that a ratepayer is subsidising what government should be paying for in the first place?”

The obvious question to ask in response to this problem is whether the government should be providing free transport to all pensioners in the first place. After all, many members of today’s pensioner generation are much wealthier than was the case in previous eras; pensioner households have seen their incomes rise faster than any other group over the past 30 years. Today’s pensioners are also driving for longer, as they belong to one of the first cohorts to have experienced mass car-ownership from a young age.

IF has also previously undertaken research into the Concessionary Travel Scheme which showed how it disproportionately benefits a narrow group of the most well-off pensioners. IF’s report – Fare Concessions for Older People: Identifying the Numbers – argued that this is partly because it is delivered tax-free, so its value is greatest to people who pay the most in taxes. The total cost of the scheme was over £900 million across England in 2011/12, which represents almost a doubling, in real terms, since the year 2000.

And it has had a seemingly unintended side-effect: as the number of people who work beyond state pension age has risen – many of whom work flexibly, without being stuck with regular hours – concessionary fares have enabled more and more older people to travel to work free of charge. IF’s research found that of the over-60s who use the London Underground or Overground network on a given day, at least 25% of them will be travelling to work free of charge, saving them thousands of pounds a year.

Of course, not all pensioners who make use of the Concessionary Travel Scheme are wealthy enough that they could do without it – for those without access to cars in particular, free bus travel may well be a vital lifeline which helps keep them active. However, it wouldn’t be too difficult to re-design the scheme in such a way that it only provides help to poorer pensioners – restricting access to those who receive Pension Credit would be a fairly straightforward way of doing this. The argument that it should remain a universal benefit rests on much weaker foundations.

So, clearly there is a significant dilemma for local and central government about whether they should be funding universal free travel for all pensioners when many of them do not need it, and we are living in an era of austerity, when there are many other pressing demands which the government could spend the money on instead. There is a strong argument that this ought to be the end of the line for the universal free bus pass, but with the 2015 general election being the next stop on most politicians’ minds, expect the government to carry on spinning its wheels instead.