David Kingman reports on some new research which shows how, despite negative perceptions about them, today’s young people are extremely socially-engaged 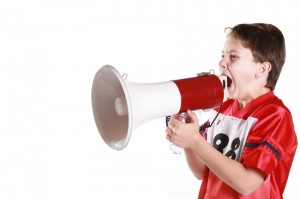 Today’s generation of young people deserve to be thought of as “Generation Citizen”, according to a new piece of research by the think tank Demos. Their report – entitled Introducing Generation Citizen –  set out to compare what young people and their teachers say about their levels of social engagement with the stereotypes which are often presented in the media.

The study involved two surveys, one of which looked at 1,000 people aged between 14 and 17 across England and Northern Ireland, while the other questioned a sample of teachers who teach members of this age group.

Together, the results of the two surveys found that young people are extremely socially- engaged. Among young people, 80% believe that today’s teenagers are more concerned with social issues than previous generations have been, a finding which was supported by 66% of the teachers. This supported the evidence collected by the Government’s Community Life Survey, which found that three-quarters of 16 to 24 year-olds had volunteered during the past year.

One of the most striking findings of the Demos survey is that today’s young people are less likely to engage with social causes using traditional methods than used to be the case. Worryingly, only 10% of the teenagers said they viewed politicians as positive “agents of change”, compared with 60% who said that they viewed charities and social enterprises in this way.

Of particular significance were the findings from the survey that related to social media and online engagement. These revealed the following:

The report’s author, Jonathan Birdwell (Head of the Citizenship Programme at Demos), offered the following interpretation of the report’s findings:

“Teenagers are motivated to make a difference in their community but the approach they take is radically different to previous generations. They do not rely on politicians and others to solve the world’s problems, but instead roll up their sleeves and power up their laptop and smartphone to get things done through crowd sourced collaboration. They value bottom up social action over top down politics, and social enterprise over government bureaucracy… the next generation could be the most active citizens we’ve seen in a generation.”

The report also reveals that, unfortunately, this very positive story about the high levels of social engagement among Britain’s young people chafes against an array of negative misconceptions.

The survey results also found that 80% of the teenagers felt that their age group was unfairly represented in the media. Of these, 85% said they felt this had a negative impact on their chances of getting a job.

In order to test whether this perception was accurate, the think tank analysed a sample of articles which related to young people taken from six major British newspapers over the last ten years. These appear to have confirmed what the young people said: they found that the words most commonly associated with “young people”, “teenagers” and “youth” were “binge-drinking”, “yobs” and “crime”.

This is also supported by evidence from the most recent report that looked at the UK by the UN Committee on the Rights of the Child, which claimed that Britain is home to a “climate of intolerance and negative public attitudes towards children, especially adolescents” which may partly be fuelled by the media.

Research carried out by IF in 2011 entitled The Poor Perception of Young People in the UK also showed that the Britain is the European country where people displayed the least positive attitude towards the young, based on a Europe-wide opinion survey.

Overall, there appears to be a remarkable level of disconnect between the stereotypes of “feral” young people which are presented in the media, and the picture painted by this new research of a generation who are deeply concerned with social causes and which is finding innovative new ways of engaging with them. Clearly, we need to try and find some way of bridging this gap between stereotypes and reality so that the UK can learn to appreciate how much of an asset its young people really are.