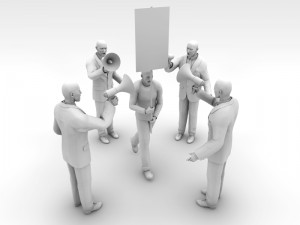 Young people in Britain are failing to engage with the formal political process, according to new figures from the Office for National Statistics (ONS). Their statistics, released as part of the Measuring National Well-being series which looked at “Governance“, found that a number of important measures of political engagement differed sharply by age.

Least-likely in Europe to have voted

One of the most striking findings was taken from a Eurobarometer survey which ran during April 2013. This asked a sample of people aged 15 to 30 in every single European Union member state whether they had voted in any election (including local, national or European) at which they were eligible to vote.

The UK had the lowest proportion of respondents who said that they had voted, at less than 40%. This compared to an EU average of almost 60%; in Malta, the best-performing EU country on this measure, nearly 80% of respondents said that they had voted. This points to a worryingly high level of disengagement between young people and voting in Britain, while it also suggests that this does not have to be inevitable, if other European countries have been much more successful at engaging young people to vote.

The ONS data also showed that there are significant differences between how people of different ages are likely to feel about voting as an activity. Overall, 64% of British adults said in a different survey conducted by the ONS that they felt they would be seriously neglecting their duty as citizens if they didn’t vote; however, less than 40% of people aged 18 to 24 said they felt this way, compared with 80% of over-65s. They also found that less than 30% of people aged 18 to 24 who had actually voted experienced a sense of satisfaction when they voted, compared with 63% of over-65s.

As you would expect, these attitudes towards voting were reflected in what the data revealed about overall levels of interest in politics. Slightly over 40% of people aged 16 to 24 told the ONS that they had “no interest” in politics, compared with around 20% of people aged 65 and over. Strikingly, they discovered a perfect correlation between age and how likely someone was to say they have “no interest” in politics, which each successive age group as they moved up the age range containing a smaller proportion of political agnostics than the one before.

Although this ONS data may appear at first glance to paint rather a bleak picture of the relationship between young people and politics in 21st century Britain, it also hints at some interesting possible ways of challenging the status quo.

Many of today’s young voters would have grown up during the late 1990s and early 2000s, an era when a number of developments took place which might have made them feel disenchanted towards voting. Most importantly, the 2001 and 2005 general elections were rather uncompetitive, with the Labour party triumphing easily, and then they were followed by the handover of power from Tony Blair to Gordon Brown without any kind of vote – collective experiences which would not have helped to cement the idea in young peoples’ minds that voting in elections is what leads to changes in government.

Perhaps more importantly, today’s young people have grown up during an era of extraordinary technological change; they may not remember an age when it wasn’t possible to do most things online, from shopping for groceries to paying their taxes. By contrast, voting, as an activity, has barely moved with the times at all; if you want to cast a vote you are still challenged by the old-fashioned inconvenience of having to attend a polling station in person during a set number of hours.

The key point here is that we should not mistake apathy towards traditional forms of political engagement for political apathy more generally. This was one of the conclusions reached by the think tank Demos in a recent report entitled Introducing Generation Citizen, in which the authors argued that today’s generation of young people is one of the most socially-committed in history, but the rest of society often fails to realise this partly because young people are more likely to try and engineer change using new technology such as online campaigns and social networking, rather than by getting in touch with their MP or signing a petition.

If a willingness to engage in political activism exists among today’s young people, then it should be up to Britain’s politicians to try and tap into it in order to build more support for our established political methods and institutions, rather than taking the easy route of tailoring their message to those who are already converted and ignoring the rest as much as they can. Unless politicians appeal to young voters, the gap between young people and established politics will only get wider.