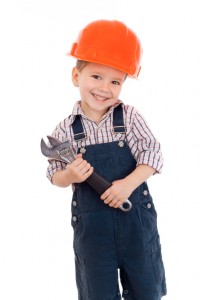 The UK economy is finally showing some signs of improvement after the protracted downturn: according to recent figures from the Office for National Statistics (ONS), 2013 saw GDP growth of 1.9%, the highest level since 2007. This ought to be good news for young people who are starting out on their working lives, but some new research suggests that this won’t necessarily be the case.

A new report from the UK Commission for Employment and Skills which came out on 30 January has argued that there is a worsening skills shortage within the UK labour market. Based on a survey of 91,000 employers, it found that 22% of all job vacancies during 2013 were caused by a lack of available skills, compared to 16% when they last undertook the same survey two years earlier.

This survey paints a worrying picture of young people not being equipped with the right skills they need to compete in the UK labour market. What can we do to address this problem?

What kind of skills are missing?

The findings of the report showed that young British workers seem to particularly lack the right skills in two distinct areas. Firstly, certain employers within specific industries reported that it is becoming more difficult to find work-ready new employees with the right practical skills and experience. This kind of skills shortage was particularly present in the manufacturing sector, as well as in certain traditional trades such as building and plumbing. Employers in the health and social care sector also reported that it was particularly difficult to recruit employees with the right skills.

These findings suggest that the British education system is still failing to prepare enough of our young people for work which requires practical qualifications. These are usually acquired by studying at a further education college or doing an apprenticeship, so these the findings from this survey should add further fuel to the ongoing debate about whether the education system in Britain places too much emphasis on preparing young people to read degrees at university when this isn’t providing enough of the right kind of workers that our economy needs.

Seen in this context, the recent news that university applications are almost at record levels for courses starting next year – with 35% of 18 year-olds applying to go to university – may not be quite such a positive story as it first appears.

Secondly, the report also highlighted a broader weakness in the UK skills base, as employers reported having serious difficulties recruiting enough workers who have an adequate degree of proficiency in the core skills of communication, literacy and numeracy. According to the report:

These findings from the survey chime with the worrying results of the 2013 international PISA tests, which compare skills in reading, numeracy and science across OECD member states, and found that the UK had fallen out of the top 20 countries in all three areas.

Neil Carberry, the director for employment and skills for the CBI, called on schools and other training providers to do more to ensure that the UK economy has the workers it will need in the future:

“We must expand access to high-quality apprenticeships and other ‘learn while you earn’ schemes and ensure that these meet the needs of both businesses and employees. To equip young people with the knowledge they need, there must also be a sea change in the quality of careers advice in schools, so they are more aware of the opportunities and rewards of working in key sectors which face skills shortages.”

Part of the problem which this report seems to have identified probably comes down to a larger failing that relates to how the education system has failed to keep pace with how much the UK economy has changed over the past 30 years. Core skills such as numeracy and communication which can be easily transferred from one occupation to another have grown in importance as people now have longer working lives where they are more likely to change jobs more frequently and move between different sectors.

They are also more likely than in previous generations to be providing services, which place a greater emphasis on communication skills and imaginative thinking, rather than working in primary or manufacturing industries.

However, the education system has not undergone a radical change to reflect this shift in the broader economy, leading to a mismatch between what schools teach young people and what employers expect them to know. This appears to have become a global problem: The Economist reported earlier this year on research by consultancy firm McKinsey which found that across eight European countries (including Britain), a third of employers surveyed said that finding young employees with the right skills was a serious problem, but at the same time three-quarters of universities and colleges that the company spoke to felt that they were properly equipping young people for the world of work.

The obvious solution to this mismatch is for educational establishments to accept greater input from employers when they design their courses and qualifications, but unfortunately institutional barriers often prove difficult to break down. Regardless, it is clear that the world of education needs to catch up with the big changes that have taken place in the world of work, if we want to avoid a situation where more and more young people are at risk of being left behind.