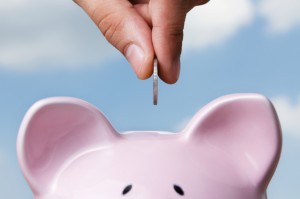 People who live in private rented accommodation are the group who are most likely to opt out of the new auto-enrolment workplace pension schemes which have been introduced by the government, according to a new report from the think tank the Strategic Society Centre.

The private rented sector in Britain has witnessed enormous growth since it was deregulated by the Thatcher government during the 1980s. According to the Department for Communities and Local Government, it now accounts for 16.5% of all households – roughly 3.8 million homes in England. As a previous report by IF has shown, the age profile of tenants is heavily skewed towards young workers in their 20s and 30s, many of whom would like to purchase their own homes one day and are trying to save up enough money to afford a deposit.

The report by IF identified a number of problems with the growth of the private rented sector: it pushes up house prices for all categories of buyer, landlords swallow up enormous tax subsidies from the government, private rented accommodation tends to be of poorer quality than other forms of housing tenure, rising rents make it harder for tenants to save towards owning their own homes, and evidence from multiple surveys have shown that many tenants would simply prefer to be owner-occupiers than renters. However, this new piece of research from the Strategic Society Centre has identified a further problem: renting makes it harder for tenants to save towards their old age.

The Coalition Government began to implement auto-enrolment of workplace pensions in October 2012. Under a new law, all employers above a certain size now have to offer their employees a workplace pension scheme, and the government has created the National Employment Savings Trust (NEST), a giant pension scheme that any type of worker can join if they chose to, in order to encourage people to make savings. As part of these changes, employees are now being “auto-enrolled” into occupational pension schemes; everyone is entered into the scheme automatically, and it is up to individual workers to opt out voluntarily if they don’t want to save towards a pension.

Data on how many people are opting out, and the characteristics of the type of people who are more likely to do so, are now starting to become available. The Strategic Society Centre has undertaken a long-term research project which monitors patterns of savings behaviour among workers that have been auto-enrolled to examine how effectively auto-enrolment is working.

Their latest paper, Who Saves for Retirement? 2: Eligible non-savers, has shown that around 10% of eligible workers are choosing to reject the opportunity of auto-enrolment, even although anything they save towards their retirement will be topped up by their employer and given tax relief. They’ve observed that the factor which is most likely to make someone opt out is being a private renter. Given that renters are predominantly younger than the general population, and that the private rented sector is still continuing to expand, this suggests that the problem of tenants not saving enough towards their retirement is only likely to get worse as the policy of auto-enrolment matures.

Not saving for retirement: a rational decision?

There are a number of clear reasons why someone who is a tenant may decide it is in their interest not to accept auto-enrolment. For a start, as mentioned above they are likely to be younger than average, so they may simply view retirement as something which is too far off in the future to be relevant to them, or they may think that putting all their spare money towards buying a home would be a more sensible investment instead.

There is also the simple problem that renting in itself is expensive, especially in London and other major cities. The IF report referred to above referenced data which showed that in almost a third of English local authority areas, the average private renter would have to spend between 40% and 50% of their take-home pay on rent. Coupled with the falling wages during the recession, they are likely to have little money left over for saving, even if they think paying into a pension would be worthwhile.

In addition to these two possible causes for why private tenants aren’t saving into pensions, it could also be viewed as a rational choice for them not to do so. James Lloyd, one of the authors of the report for the Strategic Society Centre, has argued that, since  many of today’s tenants – possibly up to 50% – are unlikely ever to own their own homes, and these tenants would have to save a huge amount of salary over their careers to get any kind of decent pension, many are likely to conclude that it simply isn’t worth it when every pound which they do manage to save will erode their entitlement to means-tested Housing Benefit if they are still renting after they have retired. In this way, renting not only curtails a tenant’s ability to save for the long-term, it also reduces their incentive to do so.

So far, successive governments appear to have been relatively sanguine about the growth of so-called “Generation Rent”. However, it will be interesting to see if the politicians of the future can afford to maintain this attitude once the Housing Benefit bill starts going up as Generation Rent reaches retirement.